Norwegian values are rooted in democratic ideals and nature plays a large role in the country’s national identity. Although a modern country, Norway takes pride in its history, maintaining its rural traditions. Being ranked as having the highest standard of living in the world, as well as being one of the leading countries within gender equality, Norway is continuously focusing on evolving. 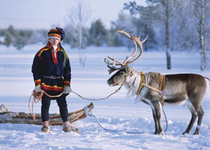 The traditional Sami settlement area expands into four countries: Finland, Norway, Russia and Sweden. These areas were inhabited by the Sami people long before the establishment of state boundaries, and are therefore recognized as an indigenous people in Norway. Reindeer herding is central to the Sami culture, as well as hunting, fishing and farming.

Sami culture has developed for over 11,000 years, and in comparison to many other aboriginal societies they have been given a more legal power. The Sami people across the four countries celebrate February 6th, which is the Sami National Day and an official flag day in Norway. Furthermore, the Sámediggi in Norway is an elected assembly that represents the Sámi people in Norway. This promotes their political position and interests in Norway, creating equal treatment and developments of their language, culture and society. 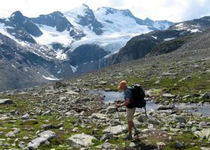 Nature is an important part of the Norwegian national identity. More then 50% of the population have access to a cabin, where they spend weekends and holidays surrounded by unspoiled nature. Hiking and winter sports have long traditions among Norwegians, and almost 30,000km of marked ski trails dominate untouched nature during the winter months. The unspoiled nature in Norway has become a national symbol, and in 2004 the National Geographic Magazine rated the Norwegian Fjords as the top tourist attraction in the world.

Norwegians’ close relationship with nature has also made an influence in the cuisine. Culinary traditions are heavily influenced by the farming and seagoing history, generating various versions of preserved, dried, picked, smoked or salted fish and meat. Norway’s seafood export is worth over NOK 43.3 billion (Nov, 2011). 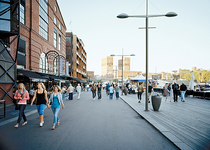 The United Nations Development Programme (UNDP) has ranked Norway the best country to live in six years in a row during the past decade. Additionally World Economic Forum ranked Norway as one of the world’s leading countries in closing the gender gap. The general health of the Norwegian population is very good, with full literacy rate as most of the adult population has finished upper-secondary school. There is no extreme poverty in Norway, and the relative poverty level is low compared to the rest of the OECD countries. 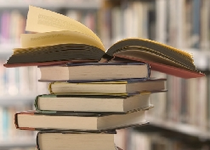 The Norwegian educational system has its roots in the principle of equal right to education, regardless of where they live, gender, social and cultural background, or any special needs. All public education in Norway is free of charge; expect kindergarten which has a parental fee. Approx. 1 million people participate in adult education courses each year.

The higher education system is based on research and most institutions are state-run with an independent responsibility of quality assuring own instruction, research and dissemination of knowledge. There are about 70 public and private institutions across Norway, among them the world’s northernmost university located in Tromsø. The degree system is based on Bachelors, Masters, and Ph.D, which follow a global standard simplifying students’ process of obtaining recognition in other countries.

Norway’s official language is Norwegian, a northern branch of the Germanic language alongside Swedish, Danish, Icelandic and Faroese. Norwegian, Swedish and Danish are similar and capable of understanding each other.

There is a clear differentiation between written and spoken language, where the two official written norms are Bokmål and Nynorsk. Spoken Norwegian refers to the various dialects based upon area of living.  85-90% of the population are writing in Bokmål, whereas dialects has significant sustainability in the Norwegian society. Additionally, the Sami language is accepted as an official language in six municipalities in Norway, and approx. 20,000 have it as their mother tongue. However, there are few similarities between Norwegian and Sami, as the language is part of the Finno-Ugric branch. 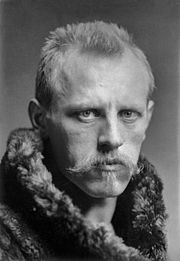 (Polar explorer, scientist, diplomat, international humanist 1861 -1930)
Nansen’s polar expeditions brought him across Greenland on skis, and icebound with the polar vessel Fram. He created a springboard for Norway as a polar nation, especially as he had to spend the winter with the Inuits at Greenland. This has later proved beneficial for polar research as a whole. With the Fram Expedition Nansen wanted to prove the existence of ocean currents that cross the Arctic Ocean, demonstrating that the Arctic Ocean was a deep sea without any land masses. 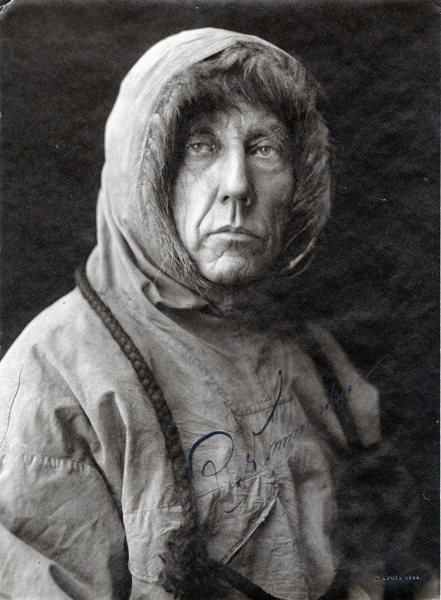 (Polar explorer, discoverer, researcher and pioneer of flight 1872 – 1928)
Amundsen was the first man on the southernmost point on earth, 14 December 1911. Additionally, he ran the largest, most well equipped geophysical polar expedition ever executed at the time. The Maud expedition never reached the North Pole, but has been characterized as the most important Arctic research expeditions of all time. On 11 May 1926, Amundsen started his transpolar flight over the Arctic in the airship “Norge”, and reached the North Pole after approx. 16 hours.

(Painter, 1863 – 1944)
Munch, at that time, was a pioneer of the Expressionist movement and had his breakthrough in 1893 with his painting “The Scream”. In addition to painting he also produced more than 700 graphic works, of which the largest collection is exhibited in the Munch Museum in Oslo.

(Composer, 1843 – 1907)
Grieg, through his compositions and his personality, had a big impact on Norway’s culture and many people also say on its national identity. He was a romantic person who strongly believed in the power and importance of music in society. Grieg claimed to see undiscovered harmony opportunities in the Norwegian folk music, so he was able to refine this type of music in a way, which was unique in Europe at that time.

(Playwright, 1828 – 1906)
Ibsen is a great name in world literature and often considered as the father of modern drama. Many of his 26 plays are still on the stages all around the world. It is said that Henrik Ibsen is the most frequently performed playwright after Shakespeare.