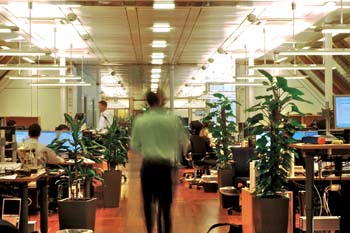 The Safe Harbour For Investment

Norway is unique. The country has the second largest GDP per capita in the world and has fared better than most through the recent financial crisis. While others have struggled with large budget deficits, falling GDP, and high unemployment, the...

Norway is unique. The country has the second largest GDP per capita in the world and has fared better than most through the recent financial crisis. While others have struggled with large budget deficits, falling GDP, and high unemployment, the country has emerged early from a mild recession with relatively low unemployment. Norway owes its success to its massive petroleum wealth, combined with prudent fiscal management and strong policy response to curb the effects of the global financial crisis.

The majority of Norway’s government revenue comes from its offshore petroleum resources. Every day, the country pumps more than two million barrels of oil as the world’s fifth largest oil exporter. In gas exports, it ranks third behind Russia and Canada. Oil and gas activities account for 25% of the Norway’s gross domestic product (GDP) and around 50% of market capitalisation of listed companies on Oslo Børs.

Almost half of both inward and outward investment stocks were within manufacturing and oil and natural gas exploration and extraction, according to Statistics Norway. Financial and business services were also important activities for direct investment. At the end of 2007, foreign direct investment in Norway amounted to NOK 658 billion, up from NOK 599 billion in 2006. Approximately one third of the capital invested in Norway came from the USA and Sweden. Other major countries included the Netherlands, Denmark and the UK.

Fiscal Discipline
Norway manages its oil wealth by channelling the excess into the Norwegian Government Pension Fund, previously known as the Petroleum Fund. The fund is currently valued at NOK 2.9 trillion, or slightly higher than the annual GDP in Norway. The fund serves as both a nest egg for the country’s future pensioners and a way to avoid overheating the economy; only 4% of the fund’s annual return is used toward the country’s fiscal budget.

The Government has had to deviate from the 4% rule in the 2009 budget and spend more in order to mitigate possible downside effects of the financial crisis. It launched two large bank rescue packages and one large-scale stimulus package. In total, the Government has spent about NOK 130 billion (USD20 billion) to confront the crisis and secure Norwegian jobs.

“We have been able to spend more during these difficult times because we were careful when times were good,” said Jens Stoltenberg in the Prime Minister’s 2010 New Years’ address. “In this respect, you could say that we have followed the advice Joseph gave to Pharaoh, albeit in a rather different way. The Egyptians built granaries. We built the Government Pension Fund Global.”

Norway’s new Finance Minister, Sigbjørn Johnsen, has said the Government remains fully committed to bringing fiscal policy back to the 4% path. The OECD recommended in its March 2010 Economic Survey of Norway for a rapid return to the 4% rule to strengthen the credibility of the country’s fiscal guidelines and to help meet ageing costs. Moreover it warned that a further fiscal expansion would risk a tighter monetary stance and higher exchange rate, with adverse consequences for exposed industries.

Sound Banks
Johnsen is part of the centre-left coalition government led by Stoltenberg, which was re-elected in September 2009. His predecessor, former finance minister Kristin Halvorsen, was responsible for the bank stimulus packages under the previous Stoltenberg government.

In October 2008, the Government and Norges Bank issued NOK 350 billion in government bonds that could be used in banks’ funding operations. In February 2009, the Government proposed two new credit measures, the State Finance Fund and the State Bond Fund, to ease access for funding of business and households. As a result, Norwegian banks fared generally well during the crisis, with no major bankruptcies and less bank losses than in other OECD countries.

“Although the financial crisis has also hit Norwegian institutions hard, the impact has nonetheless been more limited than that experienced by neighbouring countries or elsewhere in Europe,” said Arne Skauge, Managing Director of the Norwegian Savings Bank Association (now part of Finance Norway), in its 2009 Financial Year report.

“This is partly because the impact of the crisis on the Norwegian economy has been less severe, but also because Norwegian financial institutions generally have solid financial strength and have been operating within a prudent framework. Among other things, they have avoided incurring high risk in relation to global capital markets.”

Statistics Norway expects activity in the Norwegian economy to continue picking up, but does not anticipate any clear upswing before the end of 2012. It forecasts GDP growth will rise from negative 1.5 in 2009 to 1.5 in 2010 and 1.9 in 2011.

The other good news is that unemployment is expected to be less than feared. In the Government’s 2010 budget conference in March, Stoltenberg said unemployment was set to reach 3.5% this year, lower than forecast in the budget last autumn. However, Norway faces new challenges and needs to restrain its oil spending in the budget in order to lower the pressure on interest rates and secure industry jobs.