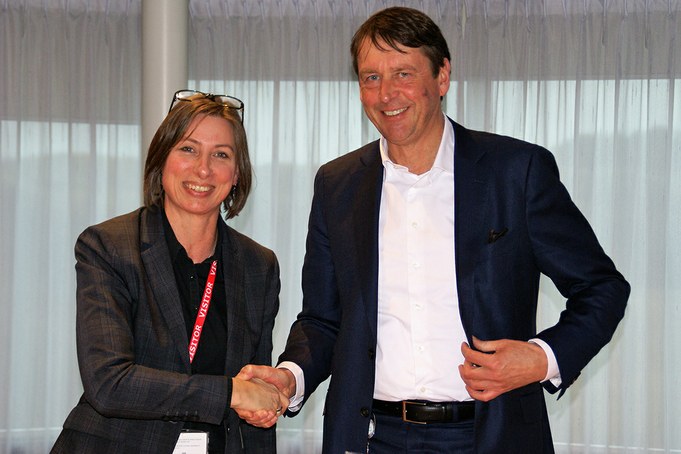 The Netherlands signed the Halden Agreement on December 1st and will formally become the 20th member country in the Halden Reactor Project (HRP) after the formal acceptance from the Halden Board during their Paris meeting on December 9th, and after...

It is the Dutch company NRG in Petten that is the Signatory to the Agreement, but Project Manager for the Halden Project, Margaret McGrath, does not exclude the possibility that other organisations in the country may join the collaboration in due course. The Netherlands have been members of the Halden Reactor Project (HRP) before, first from 1964-1987 as a Signatory, and later from 1991-1999 as an Associated Party.

– It will be a special occasion to welcome them back and re-establish our cooperation, especially as a Signatory, says McGrath.

NRG in Petten operates the High Flux Reactor (HFR) and offers nuclear research and consultancy services, including the production of medical isotopes. The HFR test reactor is somewhat different to the Halden reactor (HBWR), so NRG performs in-reactor projects that are complementary in nature to those that we perform in the HBWR, says McGrath, adding that NRG’s membership in the HRP will be a good opportunity to investigate the possibility of new irradiation projects together.

– What does the Netherlands’ membership mean for the Halden Project?

– I think it’s really encouraging that an old partner wants to work with us again and this is a good indication that what we are doing is important and valuable and different to what can be done in other test reactors, she affirms. The Netherlands signed the Halden Agreement on December 1st and will formally become the 20th member country in the Halden Reactor Project (HRP). The company NRG in Petten is the Signatory to the Agreement.

– Being a part of the HRP is a very good way to maintain nuclear competence especially within test reactor experimentation and instrumentation, so I think we will mainly be performing this function for them. Their current test reactor is relatively old and may be replaced in the future with a new one of a different design called PALLAS, but there is likely to be a gap between the end of operation of HFR and the start of PALLAS. We could fill that gap. Also, the HRP is the host of a large nuclear safety R&D network which will enable NRG to very effectively maintain their contact with other organisations that may be interested in irradiation projects in PALLAS in the future. Plus NRG have interest in many of our MTO research topics, especially: safety of digital instrumentation and control systems; decommissioning; and plant operation and maintenance.

– What will the financial contribution from the Netherlands be?

– They won’t pay a large amount, as Netherlands only has one nuclear power plant producing about 4% of the country’s electricity, so they are not one of the big nuclear nations. Their contribution will be 5 MNOK for a 3-year period, comparable to what Belgium pays.

– Is there something else you would like to highlight that is of significance related to the Netherlands’ membership?

– Our main contact for all the recent discussions about membership is Geert-Jan de Haas, senior program manager research, NRG Research & Innovation. He lived in Norway for some time, his discipline is geology, working in I think it was Trondheim and he still speaks – and writes – Norwegian! I think the Netherlands – HRP relationship is a special relationship that we now will have the opportunity to develop further. 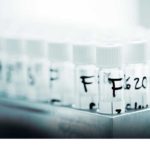