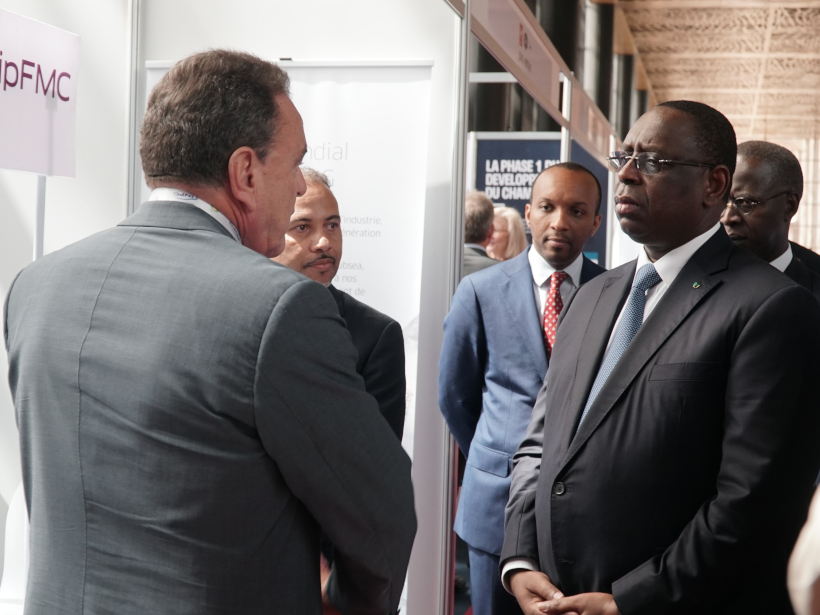 TechnipFMC is an early partner of INPG, TechnipFMC was yesterday recognized by INPG (Senegal’s National Institute of Oil and Gas) during the launch ceremony held in the region of Dakar, Senegal, of the first cohort of its specialized Master Degree Program in Oil and Gas Engineering, under the presidency of His Excellency Mr. Macky Sall, President of the Republic of Senegal.

TechnipFMC is an early partner of INPG, through a broader agreement including knowledge transfer and training. TechnipFMC sponsors all students of the first INPG cohort by funding 22 scholarships. This collaboration paves the way for actions and initiatives aimed at participating in the development of capabilities in the Oil and Gas industry in Senegal.

INPG was founded in December 2017. Its mission is to develop national expertise and promote the employment of Senegalese in the oil and gas sector.

The communities in which TechnipFMC operates are important stakeholders, and the development of National Content is part of TechnipFMC’s Sustainability approach to support communities and contribute to long-term business collaboration.

With the creation of an office last year in Dakar, TechnipFMC intends to develop long-term relationships with Senegal. The award by BP earlier this year strengthens this position. TechnipFMC will carry out a FEED (front-end engineering design) contract for the FPSO (floating production storage and offloading) unit for the Tortue/Ahmeyim Field Development, a major LNG (liquefied natural gas) project located offshore on the maritime border of Mauritania and Senegal. The agreement between the two companies provides a mechanism to allow a transition of the contract to an Engineering, Procurement, Construction and Installation (EPCI) contract at a later stage.