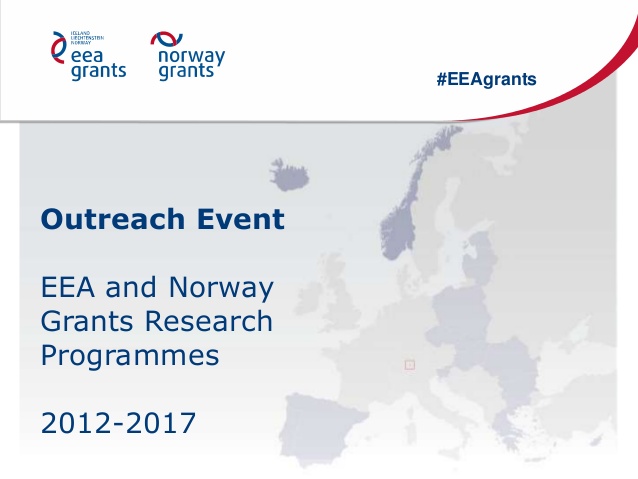 Researchers from Poland, Romania, the Czech Republic, Latvia and Estonia are working with their Norwegian and Icelandic counterparts to solve pan-European societal challenges and strengthen research cooperation in Europe. The thematic scope of the projects encompasses the social sciences, humanities,...

Researchers from Poland, Romania, the Czech Republic, Latvia and Estonia are working with their Norwegian and Icelandic counterparts to solve pan-European societal challenges and strengthen research cooperation in Europe. The thematic scope of the projects encompasses the social sciences, humanities, health, the environment and climate.

The role of the Research Council

The five bilateral research programmes with Eastern European countries are among the 150 programmes that have received a total of NOK 6 billion in funding in the period 2009–2014.

The Research Council of Norway is one of 25 donor programme partners and has served as an adviser to and observer of the research programmes.

Poland is the leading recipient

The remaining projects are distributed as follows:

See a presentation of the five bilateral research programmes.

Several of the programmes received a surprisingly high number of applications. Consequently, the percentage of project proposals awarded funding was lower than projected and desired.

“With 1 500 applications received and funding for only 145 projects available, it’s clear that such research programmes hold huge potential,” says Bjørn Tore Kjellemo, Director of the Department for Cooperation and Development Research at the Research Council.

“We would have liked to finance even more projects. We received many excellent proposals, but unfortunately didn’t have the means to fund them all,” says Aleksandra W. Haugstad, coordinator of the EEA and Norway Grants at the Research Council. “It’s therefore encouraging to see that some of the bilateral partnerships established in connection with EEA and Norway Grants calls but whose projects were not awarded funding in this round have been able to attract funding from other sources,” she adds.

One of the Polish-Norwegian projects is studying the impact of climate change on brown bear populations. (Photo: GLOBE)Could encourage participation in Horizon 2020

Dr Haugstad hopes that the projects awarded funding will create lasting contacts and cooperation that can ultimately improve success under Horizon 2020 calls and in other collaborative arenas within the European Research Area (ERA).

During a presentation of the research programmes funded under the EEA and Norway Grants scheme in Brussels in June, Dimitris Corpakis of the European Commission’s Directorate-General for Research and Innovation expressed great interest in the programmes and particularly their potential to increase the participation of the new EU member countries under Horizon 2020.

“It is a major challenge for the EU that joint European collaborative arenas and research funding still tend to favor EU15 participants,” Dr. Haugstad explains.

Norway and the EU have recently agreed on Norway’s contribution to the next period of EEA and Norway Grants scheme.

“We will not know whether cross-border research cooperation will receive support under the EEA and Norway Grants scheme in the future until the bilateral MoU negotiations are concluded. A new funding period could start at the earliest in 2017, but would likely begin somewhat later,” concludes Aleksandra W. Haugstad.

The message from the research community is unequivocal: this form of cooperation works and should be continued.