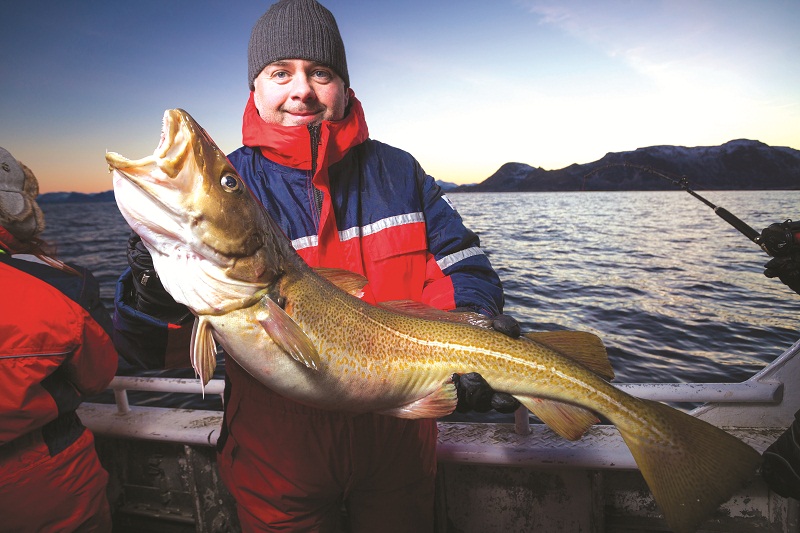 After two years of decline, 2013 was a record year for Norwegian seafood. Last year Norway exported seafood for a total of NOK 61 billion, which represents a growth of 17 per cent compared to 2012. Last year's seafood export...

Norway’s fisheries minister, Elisabeth Aspaker, calls the strong export figures for 2013 nothing other than a Norwegian fairy tale. She believes the export growth shows that Norwegian seafood can be an even more important mainstay for the Norwegian economy in the years to come. Over the last ten years, the value of Norwegian seafood exports has doubled. In addition to increased demand for Norwegian salmon worldwide and prices remain high, other species are starting to show strong numbers.

Salmon as the Frontrunner 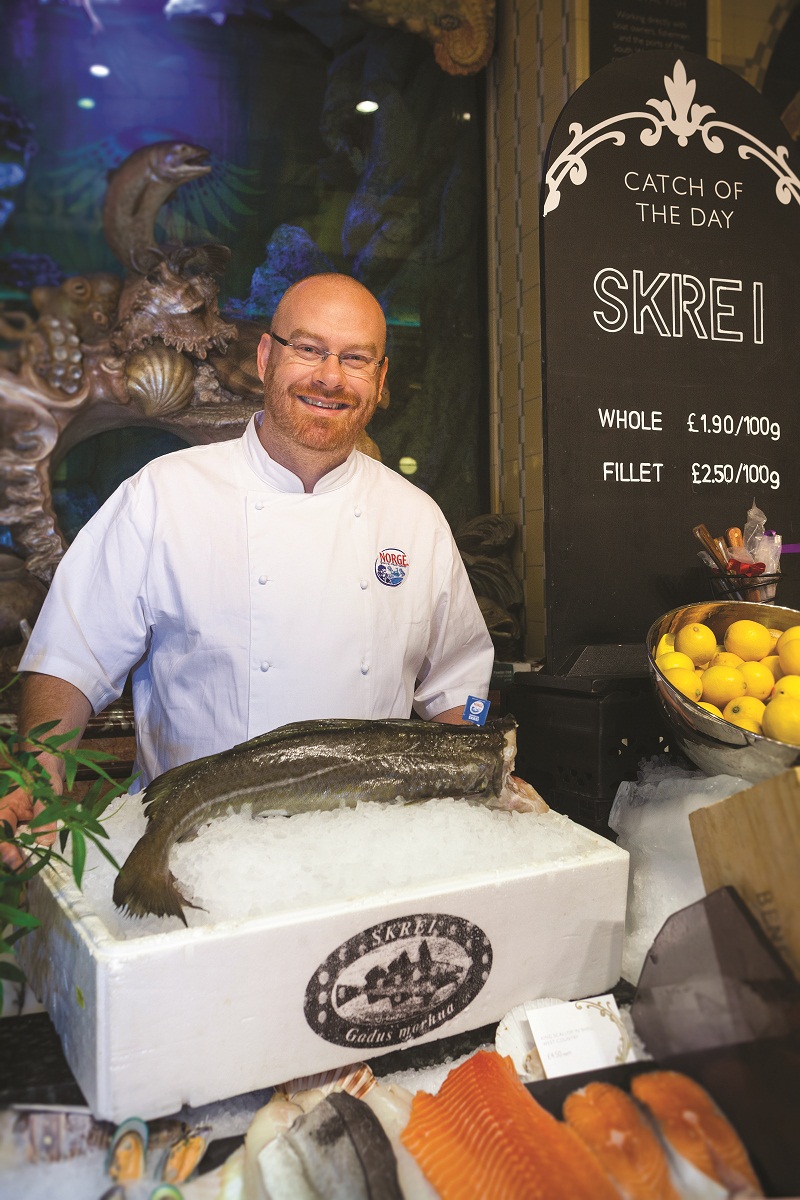 We will return to the cod, haddock, saithe and other important species in terms of Norwegian seafood later in the article. First we focus on the frontrunner in the field of Norwegian seafood, salmon. The sharp increase in demand in 2013 led to Norway exporting salmon and trout for a total of NOK 42.2 billion. These are the highest export numbers of all times, and they amount to a growth rate of 35 per cent from 2012. The average price for fresh, whole salmon was nearly NOK 40 last year, 44 per cent higher than that in 2012, while the production volume was 960,000 tons, 3.5 per cent lower than the previous year. It is first and foremost the significant price increase that has given record numbers for 2013.

In terms of the market, the volume of salmon exported to the European Union was stable compared to 2012. France is still Norway’s most important salmon market, even if the sharp increase (30 per cent) of exports of Norwegian salmon to Poland over the past year makes this market almost as large. The demand for Norwegian salmon has also increased in the United States, for both fresh fillets and fresh whole salmon. Overall, last year saw a 19 per cent increase over the previous year. The volume of Norwegian salmon experienced a slight decrease in Eastern Europe in 2013, something that has to be viewed in the context of a record growth the year before. A reduction in export volume in parts of Asia, mainly in Japan and China also occurred.

Lena Fjellvang rejoices over Norwegian salmon’s huge value increase, and she thinks that other Norwegian seafood products will follow in the wake of salmon as the major growth driver. Southeast Asia was the largest market in terms of value growth in 2013, with an increase of around 40 per cent from the year before. This region, with places like Singapore, Hong Kong, Malaysia, Thailand and Viet Nam leading the way, sees a sharp rise in the standard of living and hence increased purchasing power. These areas imitate trends from Japan and China, where sushi has a strong standing and health issues are gaining increased attention.

Russia is the Biggest

Norway exports seafood to a total of 140 countries around the world. Of these, Russia is overall the most important single market. In total, Norway exported seafood for NOK 6.6 billion to Russia in 2013, which was an increase of 10 per cent compared to the previous year. France is sailing up as a good number two, with a growth rate of 20 per cent, while Poland, up by 48 per cent,  had the biggest growth since 2012. The country is today Norway’s third largest seafood market while Denmark is fourth. Both of these countries are strong in terms of fish processing, an industry increasingly based on Norwegian raw produce such as salmon.

In 2013 59 per cent of the total seafood exports went to the European Union, making it the most important market for Norway. A central element in this record year, apart from the salmon, is that Norway has never exported more cod, particularly fresh and frozen, whole fish. The country has also never sold more fresh cod or had more revenue from this export than in 2013. 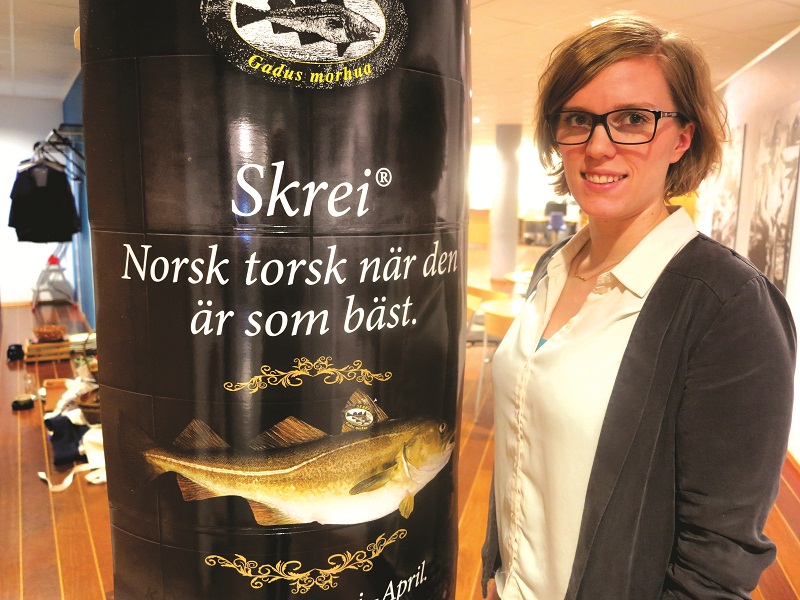 Norway exported pelagic fish, such as herring, mackerel and capelin, for NOK 6.5 billion in 2013, which is a decrease of 18 per cent from the year before. The negative numbers are mainly a result of lower quotas and prices of herring. Russia was the largest single market for pelagic fish, with Japan, China and Lithuania following. Herring is Norway’s biggest species in pure volume. Last year Norway exported 210,000 tons of frozen, whole herring, and again Russia tops the list of the biggest buyers followed by Ukraine and Lithuania. When it comes to herring fillets products Germany is the largest buyer.

When it comes to whitefish and especially cod, last year was a good year in terms of both volume and value. A total of 231,242 tons of cod to a value of NOK 5.8 billion was exported. Overall, for the three most important whitefish species, cod, saithe and haddock, the export value came to NOK 10 billion. According to the Norway Seafood Council the country has never exported more cod than last year. When measured in volume, export of cod increased by 11 per cent. Fresh and frozen whole cod accounts for the largest increase, and by the end of last year Norway had exported 56 per cent more fresh cod than the year before.

Norway is also experiencing a slight growth in order volume for the dried and salted cod, up by about 3 per cent from 2012 to 97,000 tons. Portugal was the biggest market with Brazil a close second. The export volume of salted fish also increased, by 16 per cent, to 31,279 tons. Overall, the export value was at NOK 774 million. Portugal was Norway’s single largest market for salted fish. Portuguese customers bought Norwegian fish for NOK 506 million, up 33 per cent from 2012. Dried fish exports came to NOK 570 million in 2013, a slight decrease from the previous year. Otherwise, the Norwegian market is experiencing an increase in the export value of the frozen whole cod, saithe and haddock in 2013. There was the same positive trend for fresh cod fish products.

Skrei As The New Brand

When referring to the strong export figures for last year, it is important to mention Norwegian Skrei, which is fast becoming a famous brand in fish loving parts of the world. This is a cod that have traditionally been referred to as skrei because it only lives in the cold, northern waters. It has its nursing grounds in the Barents Sea. Every winter, from January to March, large amounts of skrei wander south to the northern parts of coastal Norway to spawn, resulting in large-scale fishing of the species, both from small and large fishing boats. This is a several hundred year old tradition. The Lofoten Islands is the single most famous site for the traditional skrei fishing.

The Norwegian Seafood Council has been working to develop the brand Skrei, and are now seeing the results. The Council has made successful advances towards restaurants in the United States, getting them to put skrei on the menu. The focus has been on the story of the skrei’s journey, its sustainability, the quality and that it is a seasonal dish. Groups of gourmet chefs have been invited to the Lofoten Islands, where they have caught their own skrei and been shown how to prepare the fish in the traditional way of northern Norway. The Seafood Council has also run campaigns in traditional markets such as Spain, Portugal, France, the United Kingdom and Sweden.

As a result of all this, Norway is experiencing a sharp increase in the demand for skrei. It seems as if the markets have discovered what a fantastic raw produce this is, says Lena Fjellvang at Norway Seafood Council. The Council keeps getting feedback from the market that skrei is a great raw material of high quality. According to American chefs who predict a bright future for the skrei in the United States, the meat is firm and has a rich flavour. A promising future is also being predicted for the Norwegian skrei in other markets around the world.

Caption: The Swedish chef Stefan Karlsson is here seen participating in skrei fishing outside of Vesterålen in January.

Caption: Skrei is a quality label.

Caption: From the fish counter at Harrods, where the skrei was launched at the end of January. The British chef Simon Hulstone was part of the launch, just a few days after having experienced skrei fishing at Myre.