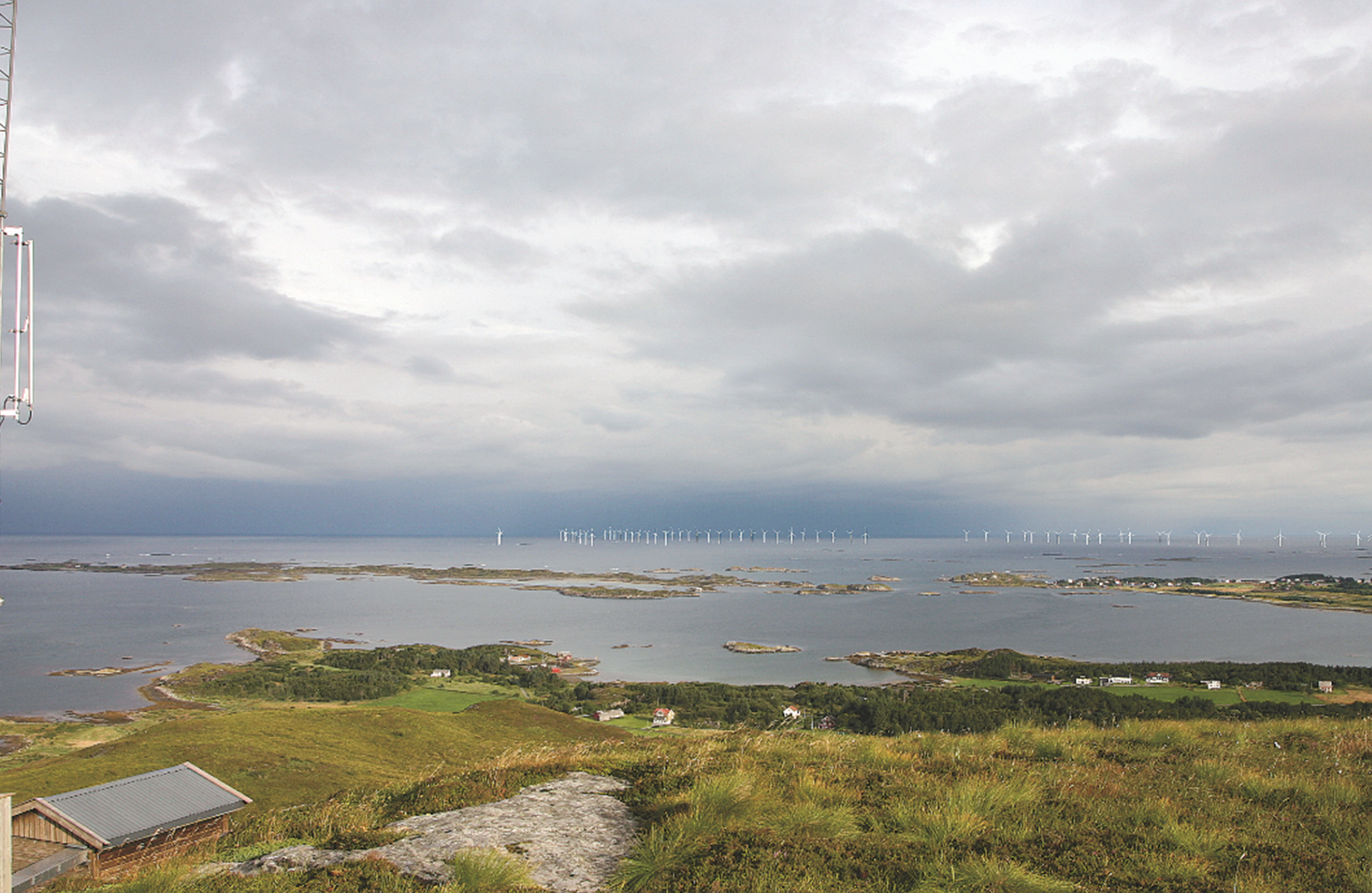 By 2020 it is estimated that there will be installed 40 GW in offshore wind capacity in the North Sea, representing 10,000 new windmills. The Norwegian Wind Energy Association (NORWEA) is hopeful that the country’s petro-maritime know-how will help secure...

The offshore wind market is expected to focus on larger and deeper water structures farther from shore in the years to come, according to Douglas-Westwood. The UK consultancy group highlighted in particular the UK and Germany as the biggest markets for offshore wind projects in its presentation at INTPOW’s Third Offshore Wind Supply Chain Conference in Oslo this March.

During that time monopiles will remain the leading type of support structure, accounting for about 36% of all support structures, said Frank Wright, Douglas-Westwood renewables manager. However, he forecasts that installations of jacket and tripod support structures will increase, particularly as more German projects enter construction and UK projects move into deeper waters.

The same types of jacket foundations used for offshore windmills can be compared with the foundations used for offshore oil and gas platforms. NORWEA sees a clear advantage for Norwegian suppliers in the petroleum and maritime industries whom are used to working and developing technology for deep waters and rough sea states and can transfer their skills to offshore wind farms.

“We should be able to exploit these possibilities,” said Andreas Thon Aasheim, NORWEA advisor for network and markets. “We see the whole North Sea basin as our market.”

Aasheim cites the recent breakthrough by Aibel as one of many examples of this crossover effect. The Norwegian engineering company is primarily known for its work in the oil and gas sector, but received an order for its first wind platform last August. Aibel has been given responsibility to design and build a large wind farm cluster Dolwin 2 near Helgoland in the German sector of the North Sea.

Dolwin 2 will receive alternating current from wind farms and convert it into direct current before sending it onshore via subsea cables. It will have a capacity of 924 MW and receive electricity from three wind farms, i.e. a total of 240 turbines. The concept can be used for wind farms with a sea depth of between 15 and 45 metres.

“It is an important ‘green’ step forward for the company,’ said Jan Skogseth, Aibel chief executive, at the time of the announcement. “Over the next ten years, we expect orders will be placed for more than 20 such convertor platforms in the German and British sectors. This can be the start of a new and exciting business area for us.”

Norwegian oil service company Aibel made a green breakthrough with a contract to design and build a large offshore wind farm cluster Dolwin 2 in the German sector of the North Sea. Credit: Aibel)

NORWEA is also hopeful that the Norwegian offshore wind industry will get a much-needed boost from pending new legislation, which will form the basis of Norway’s future national strategy for the development of electricity production from offshore wind power and other marine renewable energy sources.

As a follow-up to the recent Offshore Energy Act, an inter-directorate group led by the Norwegian Water Resources and Energy Directorate (NVE) has identified 15 development zones. Eleven of these zones have been found suitable for fixed-bottom installations and four for floating turbines.

The act is expected to lead to a system whereby a designated ministry would license out offshore blocks in a structured way, similar to the way already done with offshore petroleum licenses. That will make it easier to sort out conflicts with the fisheries, environment and petroleum sectors, according to Øistein Schmidt Galaaen, NORWEA director.

“We approved of the framework,” said Galaaen. “We want a controlled, staged development similar to the UK framework, and Norwegian experience from oil and gas indicates that it’s a good thing that the government is in charge of ‘sorting out’ conflicts in a credible manner.”

In October 2012, a strategic consequence analysis will be filed commenting on the level of conflict and restriction zones, and it is likely that there will be a public consultation. Afterwards, a white paper setting out Norway’s strategy is expected to be sent to parliament.

“We’re hoping the strategy will include reflections on market conditions, including the question ‘who’s paying?’” said Galaaen. “We don’t expect a national support scheme for large-scale wind-farms, even though there is a continued willingness to support smaller demonstration projects. But in the long run, there might be other possibilities.

“For example, other countries could finance a Norwegian zone project under the renewables directives and get renewables credit at home. At least if EU’s renewables policy is continued beyond 2020 we expect increased interest in such cooperation mechanisms. The Swedes are already considering financing their offshore wind-farms in this manner.”

One of the interesting questions being raised is whether offshore projects will be allowed to get the same tax rate as offshore petroleum installations, adds Aasheim. Siragrunnen, a 200 MW wind farm located just south of Stavanger, is one of the projects hoping to get the 78% depreciation rate that the oil industry gets. Onshore the rate is only 28%.

The only major offshore wind farm project approved so far by the NVE is Vestavind’s Havsul I in Møre and Romsdal County. In addition, licenses have been granted for six demonstration facilities for floating and fixed-bottom wind turbines: Statoil’s Hywind, Sway, Vestavind’s Test area Stadt, and Lyse’s demonstration projects in Rennesøy, Kvitsøy, and Karmøy.

Energy to perform ? able to provide knowledge and flexibility