Norconsult acquitted by the Norwegian Supreme Court on corruption charges

The Norwegian Supreme Court acquitted Norconsult Friday 28 June 2013 on charges of being complicit in corruption related to the DAWASA project in Tanzania.

Norconsult do not accept any form of fraud or corruption. When the legal case now is closed, seven years after it was first known for the Norconsult management, it is gratifying for Norconsult to put this matter behind us. We can now focus on continuing to deliver innovative and targeted advisory services to public and private clients in and outside of Norway. We will of course also continue our efforts to prevent corruption and other malpractices in our business and the projects we are involved in.

Since the case became known to management in 2006, Norconsult has worked actively to identify and deliver all data in this case. The District Court of Appeal and the Supreme Court agreed that Norconsult was not involved in the agreement for corruption. The acquittal in the Supreme Court concluded that Norconsult cannot be punished when two former employees in the lowest level of the organisation did not notify upwards, when they became aware of irregular payments initiated by Norconsult partners in Tanzania in 2003, contrary to the company’s procedures. 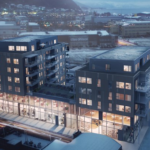