One of this summer’s most spectacular lifts took place when the Valhall QP topside was raised from its long-standing home on the continental shelf and taken to shore. Beerenberg had cut the platform’s legs two months previously.

In terms of the actual lift, it took only 9 seconds from when the platform was standing on its own legs until it was on board Allseas’ single-lift vessel Pioneering Spirit. The entire lift operation took two years to plan, during which Aker Solutions worked with Allseas to oversee the safe execution of the project, while Beerenberg was given the crucial task of cutting the legs. “For the lift to be a success, the cutting of the platform’s legs had to be done properly,” says Sverre Brufladt, head of ECT, the Beerenberg department that carried out the operation. 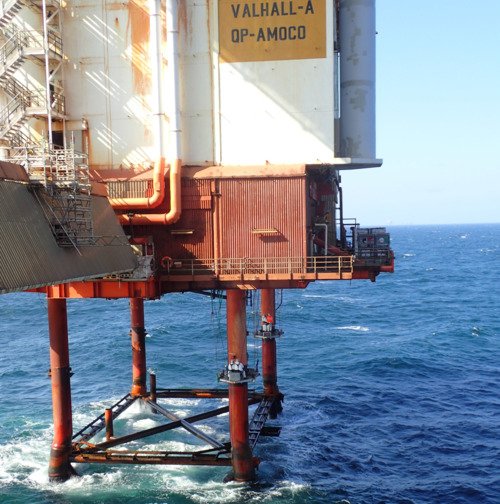 The planning of the leg cutting operation started in the summer of 2018. Early in the process, a test cut was performed at Beerenberg’s workshops in which engineers from Allseas and Aker Solutions participated.

“The main challenge was cutting something that weighs 3,800 tonnes, a tricky task indeed. The weight of the platform can cause the legs to be pushed downwards at the back of the cut, something which would create difficulties for the remainder of the cutting operation,” Brufladt explains.

Another factor made the operation even more complex.

“Since the platform was to be left resting on its own legs for almost two months after the cuts had been performed, we had to make sure that they would stand firm regardless of weather. Early in the planning phase Allseas had decided to use a castellated cut (see picture. The word castellation is related to castle, in other words the cut looks like the battlements of a castle). 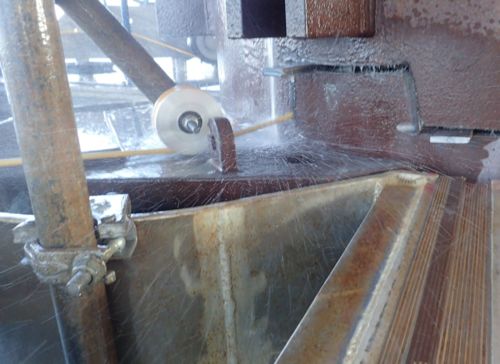 This required no fewer than nine settings on the wire during the cutting process. Since we also relied on rope access, we had to deploy our full range of skills,” says Sverre Brufladt, who stresses that Beerenberg’s experienced crews have both extensive mechanical experience and a climbing background. 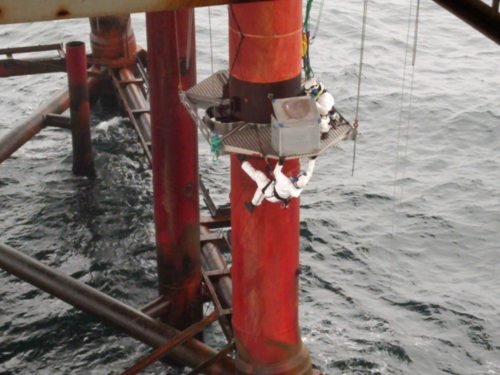 The solution Beerenberg went for in the end was to design and build a bespoke jig with a preconfigured wheel arrangement. This allowed the operation to be carried out smoothly and swiftly.

“The combination of rope access and diamond wire cutting enables Beerenberg to perform complex operations in a straightforward manner. The jig was lowered to the cut location just six metres above sea level, while some of the other units required to operate the jig, such as the power supply, were placed on the lower deck. The jig had been designed so that it could be raised in the event of bad weather.” 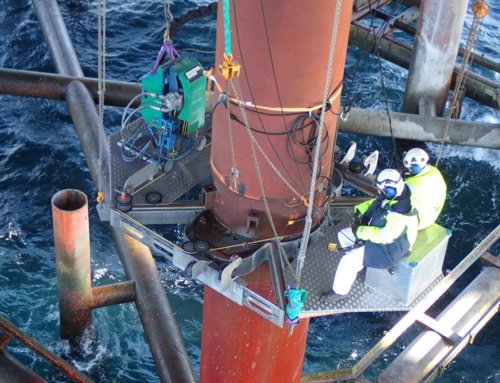 The operation went to plan. Beerenberg deployed nine people to the operation for 16 days, including specialists in mechanics and rope access.
“With the cutting of the Valhall QP’s platform legs we have now proved that we can carry off big and complex projects to a high standard in terms of design, planning, engineering, methodology, and execution,” says Beerenberg’s Sverre Brufladt.
The main contractor on the project was also satisfied.
“The Beerenberg team has performed the on- and offshore work in such an excellent manner. Especially worthwhile mentioning is that they have executed the cutting of Valhall QP topside’s legs in a safe and efficient way which is highly valued,” says Huib Oosterveld, Senior Project Manager at Allseas. 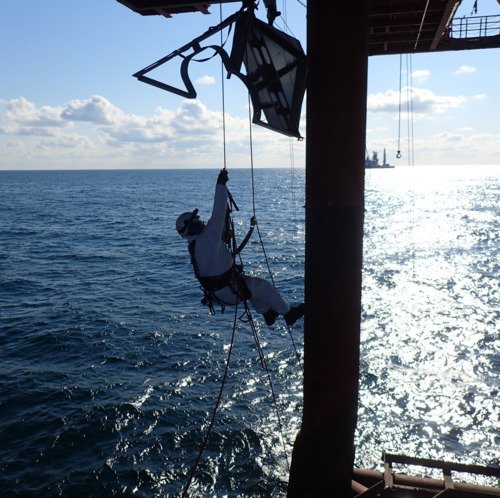 “We possess the expertise needed to keep things simple using rope access, lifting and methodology. All the equipment usually fits into a container and is therefore easy to handle,” says Sverre Brufladt at Beerenberg.

The jig is easy to operate. It was especially built at Leirvik AS for the operation according to a Beerenberg design. Here it is being lowered into place using rope access.