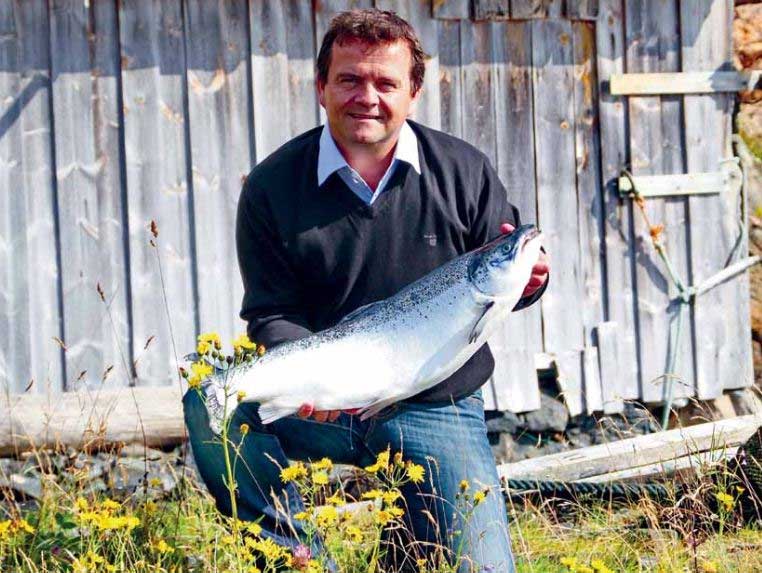 You will find their salmon for sale in China, the Persian Gulf, Russia, the EU and, more or less, all over the globe. The story about the salmon trading and processing company, Sekkingstad AS, is a story about how 500...

– My grandfather, Konrad Sekkingstand, was unaware in 1923, that five hundred krone,r he had borrowed from his father, would lay the foundations for Sekkingstad AS, an international trading company with a turnover, last year of, NOK 1.8 billion (EUR 246 million), the managing director, Baard Sekkingstad, told us.

He, together with his brother Konrad Sekkingstad, who is the marketing manager, manages the successful company located on the island of Sotra, west of Bergen, in Norway.

Today Sekkingstad are trading in both salmon and trout.  The company has been involved in many different enterprises since their grandfather started the venture, many years ago.

It started with lobster

Their grandfather was determined to be a skipper on his own vessel. He studied at the fisheries college in Bergen and returned to Sekkingstad, on the island of Sotra in1920, with his skipper certificate in his pocket. But the Spanish flu led to an unexpected turn of events. Konrad became ill and for a long time was unable to work. When he finally recovered, he did not feel strong enough to skipper his father’s boat. His dreams were shattered and he had to decide on a new future. He decided on starting a career buying and selling lobster. He used the five hundred kroner, he borrowed from his father, as capital, thus making it possible to buy and collect lobsters from local fishermen. These lobsters was brought to Bergen and sold at a profit. Already by 1925, Konrad had earned so much money in the lobster business, that he was able to buy a motor powered boat.

The business was growing. Another vessel was added in 1928. Also a 50 meter long, 15 meter wide, covered lobster pond was dug. There was room for 18.000 live lobsters in the pond. Konrad continued to expand his business to include ownership in fishing vessels and vessels ferrying passengers along to the island. At Sekkingstad a canning factory was established. The family had already started experimenting with farming of rainbow trout in the 1960’s.. Even in the Orkneys business was set up. First importing lobster from the islands, and later, a salmon farm was established. It would take too much time to tell all about the numerous companies and activities’ created by the Sekkingstad family here in this article.

Let I return to today’s Sekkingstad AS, the trading company. Operating their own fish farms, they also learned to buy and sell salmon. Bård, who we met with, completed his studies at Business College and returned to Sekkingstad in 1985. It was still early days in the Norwegian salmon venture. The company today, having the name Sekkingstad AS, created in 1992. The first year 700 tonnes of salmon were sold and 2748 tonnes were slaughtered.

– We are buying, slaughtered or filleted salmon, from other companies, and slaughtering for companies that need us to do so, when there is capacity available, Baard explains. Sekkingstad are not involved in farming salmon or trout any more. They like to do what they are best at, – selling salmon and trout for the best price. The fish is bought from fish farmers and transported, with well boats, to the plant where it is slaughtered and packed.

– Only a small share of our salmon is processed. Most is exported as fresh gutted whole salmon. But we are increasing our focus on fillet production, Baard explains. The main product today is fresh gutted salmon, in all sizes, graded from 1-2 kilos, up to large fish of 9 kilos+. Salmon trout is available in all sizes from one kilo up to seven kilos. 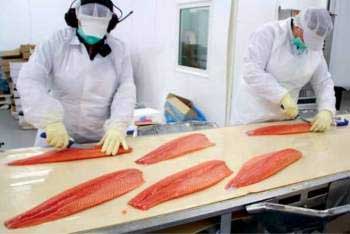 To ensure the right quality every filet is trimmed and checked by hand.

Salmon and salmon trout fillets are produced, in different sizes and trimmings, according the customer’s specifications. To ensure that fillets can be delivered to customers worldwide as fresh as possible, Sekkingstad has invested in a fillet line producing pre-rigor fillets.

– The fish is processed straight from the harvesting line, going from the grader, directly into a Carnitech filleting machine. All is done within one hour from being alive.  The fillets are as fresh as whole gutted fish. During transport the salmon is maturing. When it arrives to customers’ destinations, 2-3 days later, the fillets are a perfect raw material, ready for trimming and pin bone removing, explain Baard.

Sea Fraiche and City of Friends

Lately, production of vacuum packed loins under the brand name, Sea Fraiche , was  started. The salmon loins are marketed towards Norwegian retailers, by the company Naustvik Enghav. Because of the efficient production, the fresh, unfrozen product has a shelf life of 12 days. The loins are without bones or skin.

– It is a high class product. The fillets are trimmed and loins cut by hand, explains Baard. As this is being written, it has become clear that Sekkingstad will produce a series of salmon products, in agreement with Vennebyen, or City of Friends, as it is known internationally. This will be products appealing directly to the youngest consumers.

This year, Norwegian salmon export is up around 25 percent in quantity. Prices are down, so value of the export is not increasing. But this does not worry a trader like Sekkingstad AS. As traders, they do not have their capital locked up in live fish. Their biggest asset is the trust, that the more than 120 customers all over the globe, have towards the company, – and the knowledge Baard, his brother Konrad, and the other staff, have about the market. 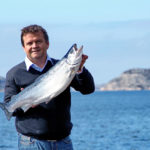 QUALITY IN THE DETAILS