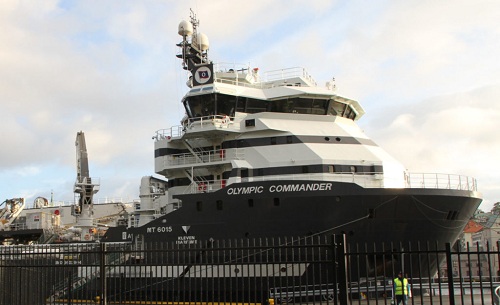 To meet the special duties envisaged,

The deployment of Olympic Commander as Norway’s new contribution to Mediterranean patrol and rescue operations also extends the support being offered by Vestdavit to address the continuing humanitarian crisis.

The 93m length Olympic Shipping offshore supply vessel took over from Siem Pilot earlier this year to meet Norway’s commitment to the Operation Triton project. Siem Pilot picked up 34,000 migrants during its two-year tour of duty. During its first rescue mission, in July, Olympic Commander picked up 1,200 voyagers from six boats.

To meet the special duties envisaged, both vessels have been fitted with a Vestdavit PLR-3601 davit on the aft deck, used specifically to launch and retrieve two special forces’ Fast Rescue Craft that assist refugees to safety.

Vestdavit Managing Director Rolf Andreas Wigand says, “We are proud to continue playing a role in this important humanitarian mission. Our davit is a significant asset when it comes to the operation of saving refugees, and our participation brings a deeper meaning to our ‘Safe boat handling for life’ slogan; it reminds our team that we are more than simply a maritime equipment supplier.”

The davit is in daily use, and its performance and durability are critical to the overall rescue operation. Key features maximizing the operational window include the Vestdavit failsafe self-tension system and the hydraulic shock absorber, enabling the boat’s launch and retrieval in up to sea state 4. 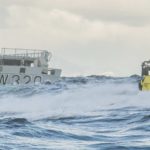 TV-aksjonen 2020: A sea of ​​opportunities – fighting plastic in the sea Read more