Starting January 2012, Norway and Sweden will become the first countries to establish a common green certificate programme. The economic incentive is expected to stimulate the development of 26.4 TWh of new renewable power in both countries and up to...

Sweden and Norway have been discussing the possibilities of a common green certificate programme for several years, but it was not until last year that the parties were finally able to reach an agreement. Under the deal signed in December 2010, the two countries have committed to establishing a common system based on the Swedish model, which has been in place since 2003.

The new Norwegian-Swedish system is expected to generate 26.4 TWh from new renewable energy projects by 2020, with each country financing 13.2 TWh. Provided half of the new production comes from Norway, there could be up to NOK 50 billion in related investments up to 2020, according to Norway’s Ministry of Petroleum and Energy.

“This implies a paradigm shift in the development of renewable energy in Norway,” said Ola Borten Moe, Norway’s energy minister, in connection with the proposal of the new electricity certificate law to Parliament this April. “This (26.4 TWh) represents more than half the consumption of Norwegian households, or a development corresponding to eight gas-fired power stations.” 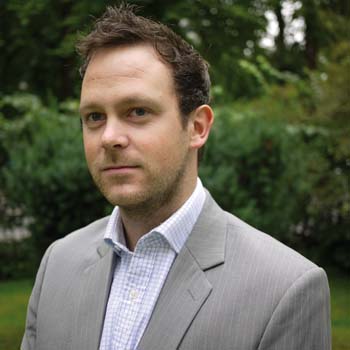 One of the purposes of the Norway-Sweden electricity
certificate market is to get a more tradable commodity
and attract more investors, says Andreas Aasheim,
grid advisor for NORWEA.
© NORWEA

Countries such as the UK and some US states make use of this system, but it is the first time two countries have established a common market. The obvious benefit is size, as a larger market in both volume and number of actors would result in a more competitive market, as well as more stable energy prices.

“One of the purposes of expanding the market is to get a more tradable commodity and attract more investors and make the market more efficient,” said Andreas Aasheim, grid advisor for NORWEA, the Norwegian Wind Energy Association. “We see increased interest from foreign companies like Eon, which have been waiting for green certificates.”

The bulk of the new renewable energy from the new Norwegian-Swedish model is expected to come from wind power, according to Aasheim. He believes about 6-7 TWh of new wind projects may be built through the green certificate programme in each country. The remaining 6-7 TWh in Norway could be new hydropower developments, while Sweden’s remaining 6-7 TWh may come mainly from biopower.

The first Norwegian wind power projects to get built via the green certificate programme will mostly likely be those where there is capacity on the grid, such as in the Rogaland region in southwest Norway. Norsk Vind Energi, for example, has gotten concession to build the 90 MW Skinansfjellet windpark, which will be connected to the existing grid and built through the support of the electricity certificate system. The park will produce about 300 GWh annually.

The next phase of developments could be Fosen in mid Norway where the Norwegian Water Resources and Energy Directorate has given concession to build 800 MW in new wind power projects. However, that is dependent on a new grid system being developed up there to handle the extra power. That development alone could represent about 2 million green certificates, roughly the same amount of certificates Norway is expected to buy from Sweden in the first year of the programme.

Norway will initially be a net importer of certificates from Sweden because the first Norwegian projects will take time to get built. The Norwegian government has set an initial quota of 3% of new renewable energy projects in 2012 should be covered through green certificate market, which translates roughly into about 2.2 million certificates. That quota is expected to peak at 18.3% in 2020.

Critics have complained that they system could make electricity more expensive. Producers sell certificates to electricity suppliers, such as Hafslund, to cover their quota. The electricity company in turn passes the extra cost onto consumers. Aasheim counters that this is a classical case where consumers “use money to save money”. By helping finance projects that normally would not have been economically feasible, consumers add electricity to the market and help lower the spot price.

Norway’s petroleum ministry says it is uncertain how much electricity certificates will affect electricity prices, but expects them to be lower. It is assumed that the cost of the scheme will be divided between the existing power generators and those subject to the electricity certificate ordinance. Norway has exempted certain power-intensive industries, including aluminium and pulp and paper producers, to avoid any imbalances with the Swedish system and keep Norwegian industries competitive.

Norway expects a binding agreement with Sweden on a common electricity certificate system can be signed and put before Parliament by this summer.