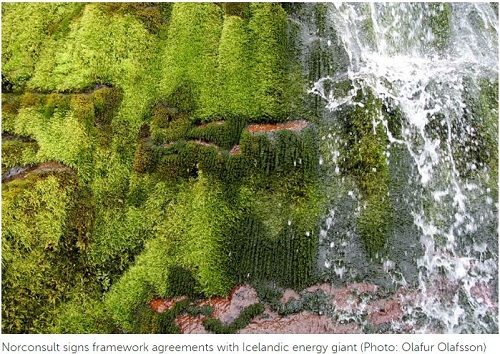 The contract for the framework agreements is valid for three years,

Reykjavik Energy has signed five framework agreements with Norconsult for the delivery of services in areas such as distribution of energy, water and landscape architecture.

The company secured these framework agreements through a cooperation between Norconsult ehf in Iceland and Norconsult AB in Sweden. They are the first frame agreements awarded to Norconsult in Iceland since Norconsult AS acquired the Icelandic firm ARA Engineering in 2017.

THE LEADER IN ICELANDIC POWER
Reykjavik Energy is the largest player on Iceland within district heating, distribution of, water, waste-water and electricity, and is the largest producer of geothermal power in the country. The company, which provides services to 67 per cent of the Icelandic population, had tendered framework agreements in 17 professional areas. Norconsult participated in six areas and was awarded five contracts in the following disciplines: water, waste-water, electricity distribution, district heating and landscape architecture.

“We’ve previously collaborated with Reykjavik Energy in projects related to system analysis, electrical safety and electricity distribution. The fact that Norconsult has now been awarded five framework agreements is a clear indication that our services are highly appreciated in Iceland, and from our perspective it’s important to be able to provide consultancy to the Icelandic market based on Nordic experience,” says Johannes Thorleiksson, Managing Director of Norconsult ehf.

The contract for the framework agreements is valid for three years, with the option to extend it for one year at a time for a maximum of five years. The longest possible duration of the contract is therefore eight years.

Protecting patients and staff at Rikshospitalet in Oslo Read more