Historical contract for Norwater AS!

The excitement was at its height at Norwater AS in Høylandsbygd on Wednesday last week. The company signed its biggest contract in history, in strong competition with both Norwegian and foreign competitors. The order book is also record high. Future...

The latest contract concerns the delivery of a complete facility for freshwater production of seawater aboard the world’s largest wellboat, “Ronja Storm”. Norwater’s customer is Havyard Ship Technology AS in Leirvik, Sogn. The Norwater plant will produce 16,800 cubic meters of fresh water per day. Sølvtrans is the owner of the ship. Delivery will be done by the end of 2018.

COMPETITIVE BOTH ON TECHNICAL SOLUTION AND PRICE 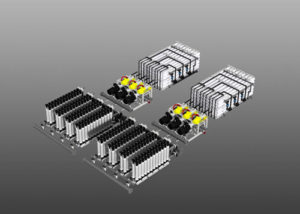 Arvid Hiis Bergh, Area Sales Manager at Norwater AS, has been the sales manager of the project and is overjoyed by the contract: “This is just amazing! We show that we are competitive both on technical solution and price. Now we will show our trust worthy in all respects to our customer, “says Hiis Bergh.

Managing Director of Norwater AS, Per Einar Gjerding, is of course also very pleased; “We have been working on several major projects in the wellboats market, but that we are awarded the ” Ronja Storm “, as the biggest of all, is unusually pleasing. We have been working hard for this contract and are looking forward to working with good people at Havyard and Sølvtrans. We have had very good cooperation with our customers before contract and are pleased to work with positive and constructive customers like these players are “, says Gjerding.

Norwater AS is experiencing growth and has recently employed 2 people. This they are very  pleased at: “Clearly, it is satisfactory after a conversion process to get in a position to defend new appointments. It’s like the final confirmation that one has taken good steps in the right direction and, not least, much nicer than letting people go, “Gjerding continues.

Norwater AS achieved a turnover of around NOK 53 million in 2016 and an operating profit of NOK 6.7 million. “We are still on the same track in 2017 and have an operating profit of NOK 3 million per year as of August this year. Based on this and a full order book throughout the year, we expect that we will also be able to record a profit above NOK 5 million this year. We are delighted at this in a year when the goal was to stabilize profitable operations, “concludes a happy director from Halsnøy.