Beerenberg has been awarded a contract for project-based maintenance of the methanol plant at Tjeldbergodden. 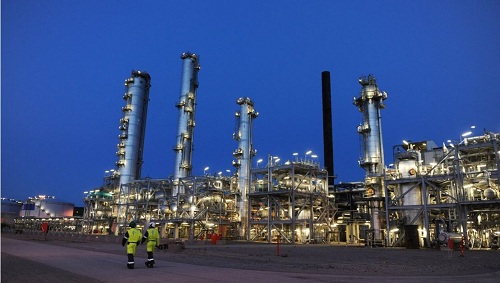 Under the contract, Beerenberg will perform condition inspections with subsequent repairs of insulation and surface systems across a large area at Tjeldbergodden. The job involves establishing access, de-icing and re-insulating pipelines, carrying out repairs, and performing surface treatment and electrical works on heating cables.

– We are delighted to have been awarded the contract. It shows that we are competitive, even in the current challenging climate. We have been working hard on our pricing structure while also focusing on innovation in both products and processes, says EVP Business Development Ingrid Sara Grimstad Amundsgard.

The work will take place between March and October 2017. The contract is worth an estimated NOK 20 million and will involve around 20–25 people during the contract period. Beerenberg has extensive experience of maintenance projects at a number of onshore plants in Norway but has not yet been involved at Tjeldbergodden. The methanol plant at Tjeldbergodden is the largest in Europe. Statoil owns 81.7 per cent of the plant, while ConocoPhillips owns the remainder.