The project is split into two phases.

London, UK, 8 March 2018: Northern Gas Networks (NGN), in collaboration with all gas distributors in the UK, has been awarded £9million funding by the Office of Gas and Electricity Markets (Ofgem) to investigate the safety viability of hydrogen transportation in the UK gas distribution networks. DNV GL, alongside Health and Safety Laboratories, are primary partners. 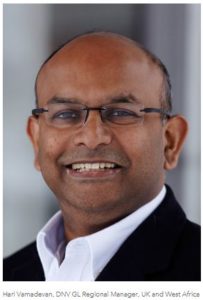 Ofgem runs two annual Network Innovation Competitions (NICs). The award was part of this process. The project which is called H21 NIC*will give critical evidence in validation of the technicalities surrounding the conversion of the existing natural gas network in Leeds, one of the largest UK cities, to 100% hydrogen.

The project is split into two phases. Financing has been awarded for Phase One. Funding for the Phase Two field trials, valued at around £5 million, has not yet been awarded by the regulator.

Hari Vamadevan, Regional Manager, DNV GL, UK and West Africa says “Although natural gas is predicted to be a primary energy source to 2050, we need to decarbonize the energy systems to meet the Paris agreement. The proactive steps taken by NGN and all the gas distributors to investigate alternatives is a step towards a more diversified and sustainable future energy mix. We are delighted to add our expertise to this project.”

The work will involve the DNV GL’s Spadeadam research and testing site and advisory services team. It will cover three critical areas to be subsequently used in the quantitative risk analysis: ground and air concentration testing; background consequence testing and operational testing. Results from these tests will be used to identify any modifications to operational working practices that may need to be considered. 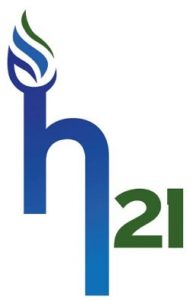 Dan Sadler, NGN’s H21 Programme Director and Head of Hydrogen Technologies says “Funding for phase one is a great start and hopefully in the near future, we will secure the outstanding funding for phase two, to ensure there are no delays in the provision of holistic evidence which will allow the UK government to make credible large-scale decarbonisation policies for UK energy. This is a huge step forwards on the road to a long-term sustainable and secure global energy system.”

The NICs are designed to stimulate innovation in the energy networks. Through the gas and electricity NICs, network companies can apply for funding to deliver innovative projects which have the potential to provide benefits to energy customers. The successful projects trial innovative practices and new technologies. They are selected because they will help Network Licensees to understand how to meet customers’ changing requirements as Great Britain moves towards a low-carbon economy.

*The name H21 derives from the history of gas in the UK i.e. the 19th century was dominated by ‘Towns gas’ the 20th by natural gas, could the 21st be dominated by Hydrogen. 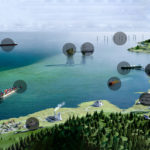