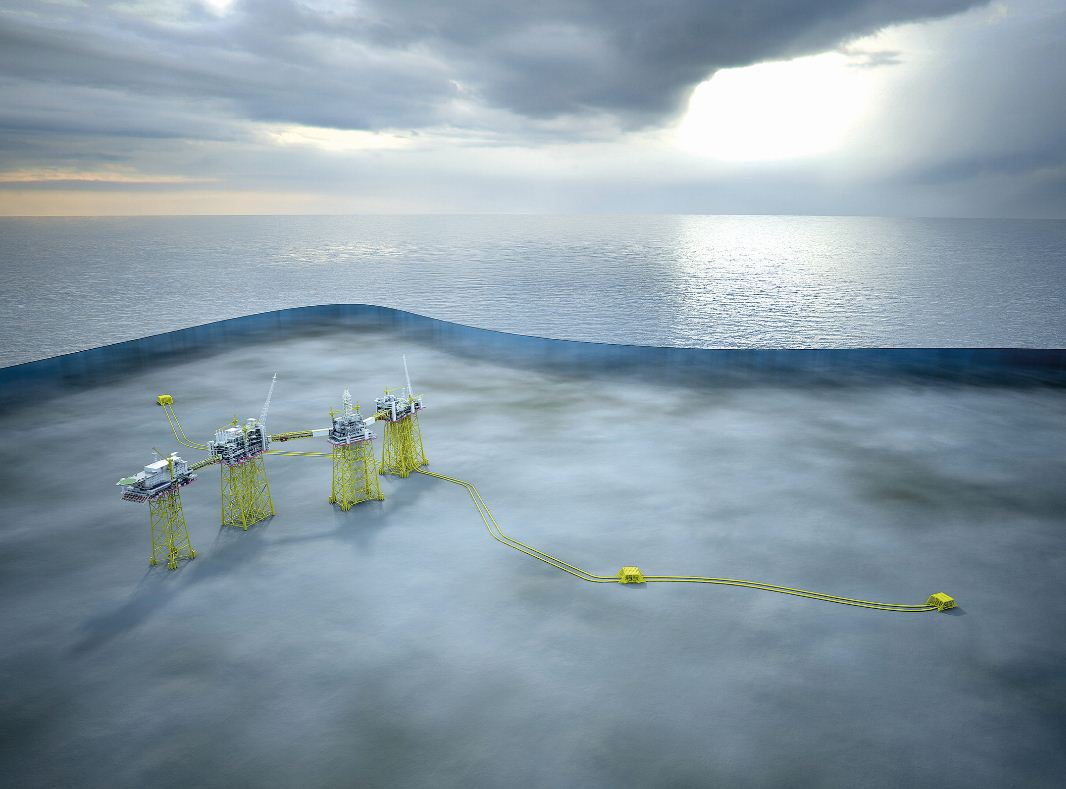 Oil prices have fallen from historic $100-plus levels to $40 during the past year. The background for the sharp drop has been three supply shocks, according to Jarand Rystad, Rystad Energy chief executive: shale oil productivity increase, weaker than expected global demand – especially from Europe – and the geopolitical tensions in the Middle East and the Ukraine that have given Saudi Arabia an increased reason to start a volume war.

Last year (2014), there were six million barrels of shale liquids delivered, roughly 900,000 more barrels than expected by a majority of analysts. “By 2020 we could see 11 billion barrels (from shale) if the oil prices recover, as we expect,” said Rystad during the Subsea Valley Conference 2015 in Oslo. 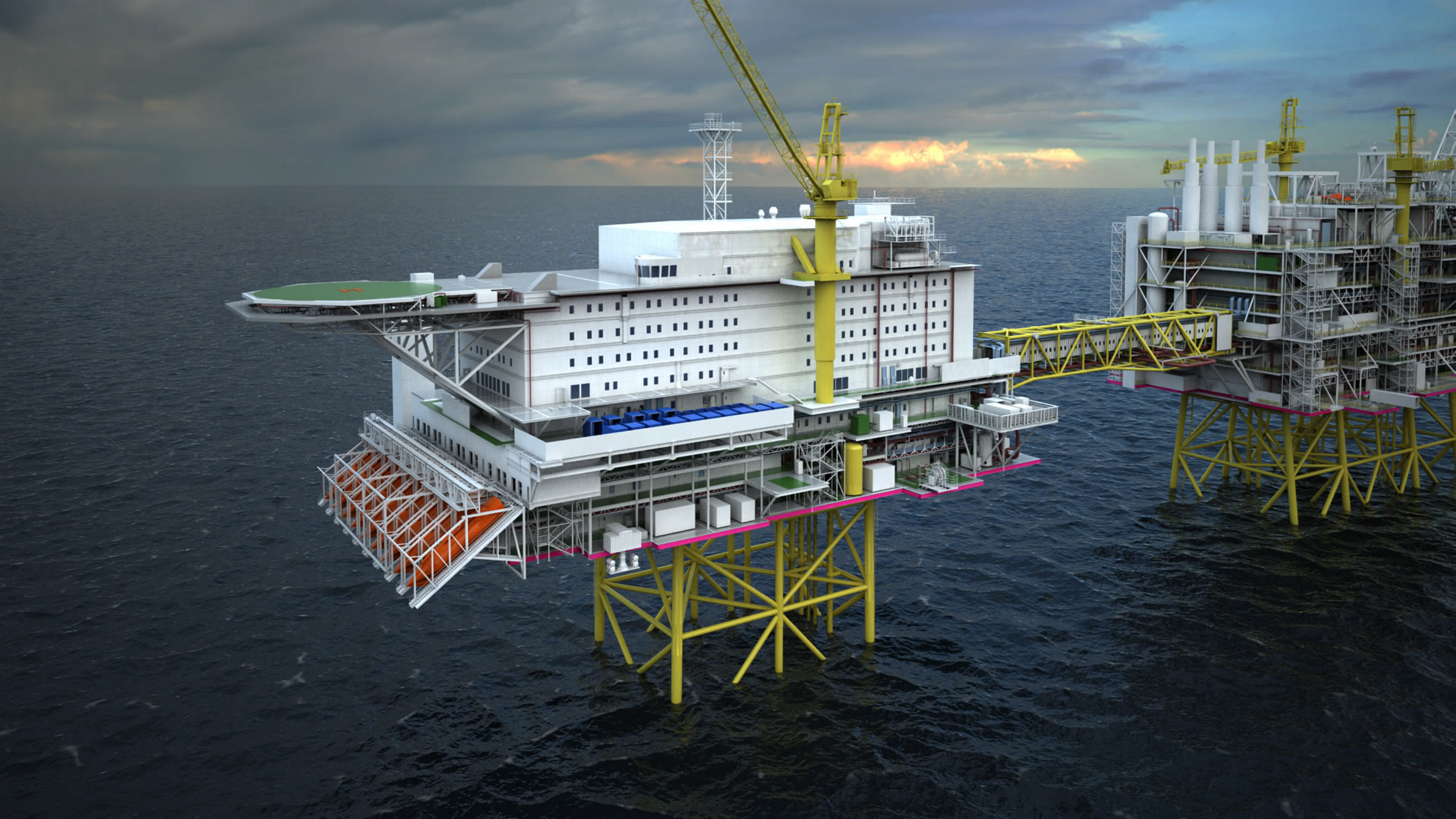 The dramatic drop in oil prices have scared some petroleum companies from developing unconventional oil prospects, such as Canadian tar sands, which are more costly to extract. Norway’s Statoil, for example, decided last September to postpone the previously planned Corner field development at the Kai Kos Dehseh oil sands project in Alberta, Canada. According to Wood Mackenzie’s analysis of 2,222 oil fields published in January 2015, 1.6% of global oil supply could be cash negative on an operating cost basis if Brent falls to $40 a barrel.

The Norwegian Continental Shelf (NCS), however, is one of the locations with large fields that can be developed even at the current oil prices. The most recent example is Statoil’s Johan Svedrup field in the North Sea. Together with license partners Lundin, Petoro, Det norske oljeselskap, and Maersk Oil, it made a final investment decision in February 2015 to develop the 2.35 billion barrel (1.7-3.0 billion barrel of oil equivalents) field.

“This year marks 50 years since oil activity first started up in Norway,” said Tord Lien, Norway’s Minister of Petroleum and Energy, upon receiving the Sverdrup plan for development in February. “I won’t hesitate in calling this a historic day. The Sverdrup development is the largest industrial project in Norway’s modern times.”

Statoil estimates that the development will cost NOK 117 billion in the first phase to develop via four installations for a start-up in late 2019. At peak production, the field will produce around 600,000 barrels of oil per day and account for roughly a quarter of the total oil production on the NCS. Total production revenues will reach NOK 1,350 billion over 50 years. 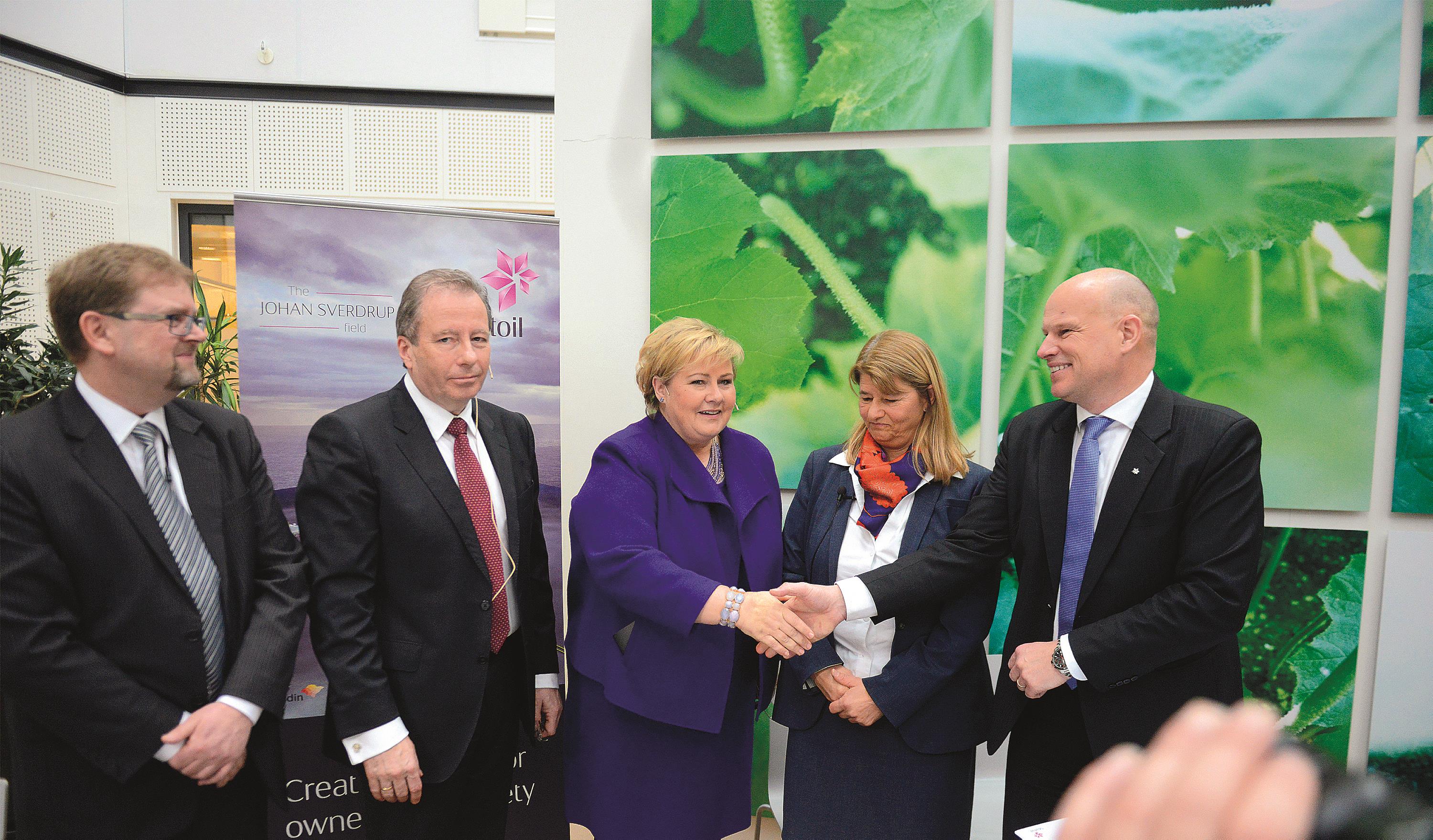 The Johan Sverdrup field has proven immune to the cuts in capital spending, shining in an otherwise barren year for project sanctions, said Malcolm Dickson, Norway Upstream research analyst for Wood Mackenzie. It values the field at $11.2 billion based on a Brent oil price of $41 a barrel and an internal rate return of 23%.

“Johan Sverdrup is unique in the global industry,” stated Dickson in a report published last February. “Oil fields of this size are not found in easily accessible regions in shallow waters any more. The final investment decision also runs against the trend of most pre-sanction projects being pushed back to drive down costs.”

“This reflects not only the scale, but also the quality of the field,” he added. “The value proposition is world-class, and it is not only important for the partners and supply chain, but to the whole of Norway.”

The development of the vast oil field is expected to give a welcome lift to the expected fall in investments on the shelf. The Norwegian Petroleum Directorate predicts investments will fall 15% this year to NOK 147 billion compared to 2014. The forecasts for the years starting from 2016 indicate a certain reduction leading up to 2017, followed by a gradual increase.

Statoil expects that the Johan Sverdrup field development will equal 51,000 man-labor years during phase I of the project in Norway and 2,700 for the production phase. Statoil has already started to hand out a number of contracts, most of them to Norwegian oil service companies. Aker Solutions was awarded a central engineering procurement, Aibel the construction of the drilling platform, Odfjell Drilling for drilling wells, and Kvaerner the job of building steel jackets and topside for the utility and living quarters platform.

One of the first large contracts — the NOK 8 billion award to Aibel in February — came as welcome proof that Norwegian contractors still can compete with Asian shipyards on Norwegian projects. The contract includes engineering work and procurement, which will take place at Aibel’s office in Asker, Norway. It will also be responsible for construction of the platform, which will be built at Aibel’s yards in Thailand and Haugesund, Norway, as well as Nymo’s yard in Grimstad.

“Targeted efforts have been made to reduce cost and ensure a cost-efficient delivery and execution,” said Margareth Øvrum, Statoil executive vice president for technology, projects and drilling, in connection with the Aibel award. “We are therefore pleased to see that Norwegian suppliers have regained their competitiveness.

The latest large contract was a NOK 6.7 billion awarded to Kværner in a joint venture with a US engineering company for the construction of the topside for the utility and living-quarters platform in June. When completed in early 2019, it will be the largest living-quarters on the NCS with a bed capacity for 560 people.

“The Sverdrup development is the largest industrial project in Norway in decades,” said Lien in connection with the Kværner award. “Today’s contract award shows that Norwegian suppliers are competitive amidst the tough international competition and they can help break the cost spiral in the industry.”