Ms Åslaug Haga will be the successor of Cary Fowler as the new Executive Director of the Global Crop Diversity Trust. 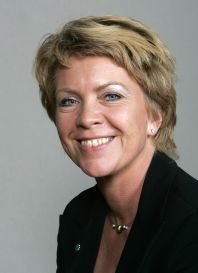 The Global Crop Diversity Trust is an important partner for the Norwegian Ministry of Agriculture and Food in it’s operation of the Svalbard Global Seed Vault.

– I wish to congratulate Ms Haga with this important position and look forward to continued good cooperation with the Trust, says The Norwegian minister of Agriculture and Food Trygve Slagsvold Vedum.

Åslaug Haga has previously held three ministerial positions in Norway: Minister of Cultural Affairs from 1999-2000, Minister of Local Government and Regional Development from 2005-2007, and Minister of Petroleum and Energy from 2007-2008. She was Chairman of the Centre Party from 2003-2008.

The Global Crop Diversity Trust contributes to the high international profile of the Seed Vault and provides annual contributions to its operations. The Trust also assists developing countries and international organizations to multiply and safeguard their seed collections, including by supporting the shipments of seed duplicates to the Svalbard global Seed Vault. Global Crop Diversity Trust is also part of the global network for the implementation of the International Treaty on Plant Genetic Resources for Food and Agriculture.

Ms Haga was in 2010 appointed to the Trust board of the Governing Body of the International Treaty and has from her service in its Board been well familiar with their work. The Global Crop Diversity Trust is an independent, international foundation for the protection of plant genetic diversity in agriculture. The Trust is financed by contributions from a number of NGOs and  governments including from Norway. Among other things, they have received support from the Bill and Melinda Gates Foundation. 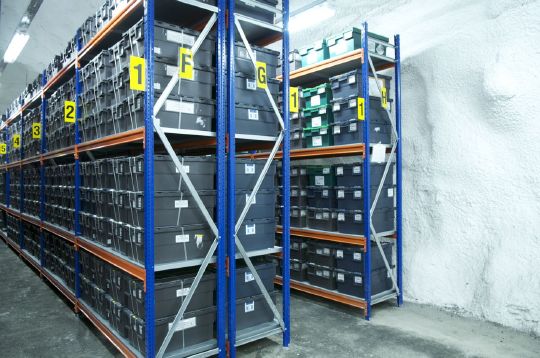 The Seeds inside The Vault. (Photo: Mari Tefre/Svalbard Globale Seed Vault)
From : http://www.regjeringen.no/en/dep/lmd/campain/svalbard-global-seed-vault/news/aslaug-haga-new-executive-director-of-th.html?id=705425