Prototech in Bergen has supplied technology to the space telescope Euclid.

The European Space Agency ESA’s new space telescope Euclid will map the universe on a large scale. Among other things, it will provide answers to why the universe expands so quickly, and perhaps also what the mysterious dark energy is for something. (More about this in the link above.)

Therefore, Euclid is going to investigate more than 2 billion galaxies, some of them very distant. To do that, the instruments on board must be kept as cold as possible to avoid sources of error and noise.

For the same reason, materials and technology within Euclid must be extremely resistant to changes due to temperature, radiation, wear, stroke or other. 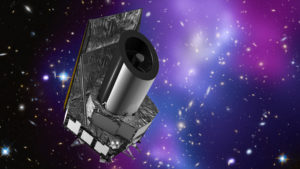 The European space telescope Euclid will investigate 2 billion galaxies to find out what dark energy and dark matter are for something. Graphics: ESA / C. Carreau

The mountain company Prototech has created the mechanical structure that the sensor electronics of Euclid’s Instrument Near Infrared Spectrometer and Photometer (NISP) should sit inside the “feet” on which the structure is on, as well as the six feet that hold the entire NISP instrument.

NISP is one of two measuring instruments found on the space telescope. The second, VIS, covers the visible area of ​​the light spectrum.

“Perhaps the most challenging in designing and manufacturing this equipment were the extremely high demands for precision,” said Bjarte BG Solheim, senior researcher and head of space projects at Prototech.

The feet of the electronics structure had to be on a plane that did not differ more than 30 microns.

“It equals 0.8 millimeters difference of 6 objects that are up to 15 meters apart,” says Solheim.

At the same time, the material must have several different characteristics, which are often contradictory, such that it must be durable, strong, light and flexible. It is also a challenge. 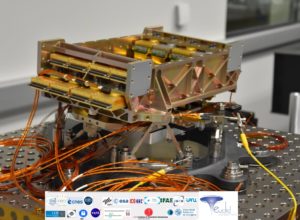 The electronic structure with feet that Prototech has made for the NISP instrument on the Euclid space telescope. Photo: Laboratoire d’Astrophysique de Marseille / CNRS / AMU / CNES / Euclid Consortium

Nevertheless, Prototech’s machine operators managed to keep the total deviation of the assembly of all parts to 16 microns in the first run. How did they make something so extremely accurate?

“By controlling the tension in the material, do not apply the external forces so that it deforms during production and think carefully about all machining steps,” says Solheim.

This has Bergensbedriften various smart solutions for. One of these is several rounds of heat treatment to dissolve stresses in the material, as well as several production steps with still finer tolerances during cutting.

Prototech made the Norwegian technology to Euclid in close collaboration with Per Barth Lilje, professor at the Department of Theoretical Astrophysics at the University of Oslo, and Laboratoire d’Astrophysique de Marseille (LAM) in France.

“We started talking with Per Barth Lilje and, LAM and Norwegian Space Center in 2011, and made the first models of the structure and feet in 2012,” said Solheim.

After that, Prototech produced several demonstration models and different editions of the structure and the feet, as Euclid changed – all the way to the version going out into space. . 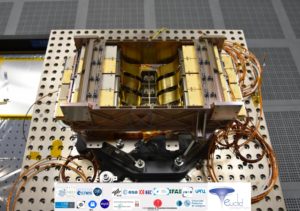 The electronics structure with the feet Prototech has made for the Euclid room telescope side view and above. Photo: Laboratoire d’Astrophysique de Marseille / CNRS / AMU / CNES / Euclid Consortium

Because, like many other space projects, Euclid is groundbreaking and is at the forefront of research. It requires new and specially crafted technology in several areas.

“Thus we had to come up with new solutions in both material handling and engineering science, but it was both challenging and exciting,” says Solheim.

Developed with support from the Norwegian Space Center

Out of a total of 40 employees at the mountain company, more than 30 have been part of the work with Euclid. The Norwegian technology was developed with the support of the Norwegian Space Center and ESA.

“We are very pleased with the support we have received, and not least because the Norwegian Space Center understood that the project changed along the way and thus needed flexibility in terms of contracts,” says Solheim.

The final edition of the sensor technology structure sent Prototech to France in 2017, while the last parts, the reserve set of the instrument’s feet, were delivered in the autumn of 2018. 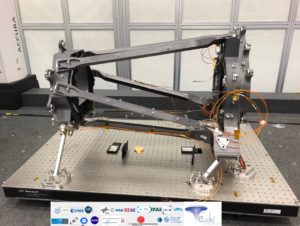 Prototech in Bergen has also made the feet that hold up the entire NISP instrument to the spacecraft Euclid. Photo: Laboratoire d’Astrophysique de Marseille / CNRS / AMU / CNES / Euclid Consortium

“We are very grateful to Per Barth Lilje, the Norwegian Space Center and ESA, whom we have had very good cooperation with, and hope to get more such projects that challenge us especially in construction and engineering,” says Solheim.

Prototech has supplied technology to several different space projects and is currently working with regenerative fuel cell systems for satellites, and uses on the moon and on Mars. Prototech is part of the Norwegian research giant NORCE .

“The collaboration with Prototech has been very good, they have done proficient work and delivered timely technology as now the Norwegian contribution to Euclid,” says Per Barth Lilje, professor at the Department of Theoretical Astrophysics at the University of Oslo.

“Now we are excited about the launch that will take place in the last half of 2022, looking forward to getting the first data,” says Lilje.