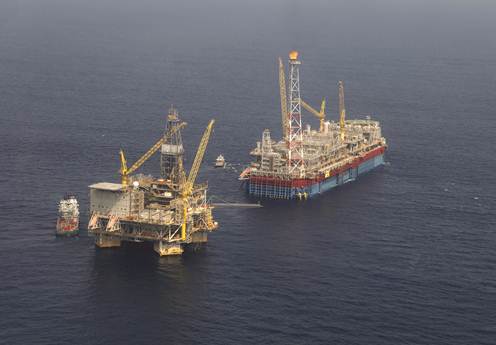 The industry-government partnership INTSOK promoted Sjur Eigil Bratland in March to lead the Norwegian oil industry’s increasing push into international markets. He takes the helm as its members face a new set of challenges.

When the Norwegian oil companies and suppliers first created the partnership INTSOK with the government in 1997, the industry was in a state of crisis.  The price of oil was hovering around USD 10 per barrel. The amount of oil work on the Norwegian Continental Shelf was dwindling. There was a need for Norwegian companies to look abroad if they were to remain competitive.

“There was a pessimistic view in the industry, but it also forced the industry to focus on cost-savings technology and solutions,” says Gulbrand Wangen, INTSOK’s outgoing managing director after 15 years. “The justification for INTSOK was that the prospects on the Norwegian shelf were not too optimistic in 1996-1997. The industry felt it had the technology base it could introduce internationally.”

Wangen was INTSOK’s second managing director after Sven Svedman, a former Norwegian ambassador who left Norway’s Ministry of Foreign Affairs for two years to spearhead INTSOK. The initiative was a direct follow-up to similar public-private collaborations such as NORSOK in 1992/1993, focusing on cutting costs on the Norwegian Continental Shelf via standards and solutions, and MILJØSOK in 1996/1997, which specialized on reducing air emissions and discharges to sea from the oil industry.

“There was a strong belief that a solid cooperation with the government would help the industry,” says Wangen. “By choosing an ambassador (as its first managing director), it showed that the link to the government and embassies was considered a part of the success.”

Back then the Norwegian government played a stronger role in terms of gaining access to new international markets. There were no local advisors and fewer priority markets like there are today. Instead, INTSOK focused on three coordinated areas for establishment, where political involvement was more needed, including the Caspian Sea, West Africa (Angola and Nigeria), and Southeast Asia (Vietnam and Malaysia).

In a symbolic note, the kick-off meeting was held in Baku, where Statoil and BP were actively engaged at the time in projects. Many of these areas — including Azerbaijan — were later dropped as INTSOK’s priority markets, with only Angola remaining, while others were added.

Since then, INTSOK has quadrupled its member base from 50 to more than 200, the international turnover in the Norwegian oil sector has risen to more than NOK 150 billion (USD 26 billion), INTSOK  has 14 local advisors world-wide, and oil prices are resting comfortably above USD 100. Still, that is no reason for the industry to rest on its laurels, according to Bratland, INTSOK’s new managing director as of March 2013.

“Increasing oil prices and renewal of life prolonging campaigns on the Norwegian shelf have given tremendous maintenance and modification jobs,” said Bratland. “There are new discoveries and we have gone into a new oil age again.”

“I think there is a danger when you get too satisfied. The global market is getting smaller, so we need to compete on the international arena. We need to be good at everything: price, delivery and technology.”

“I think INTSOK still has a huge task ahead,” he adds. “I always advise companies not to use the good times for what might be coming.”

One of the new challenges INTSOK is looking at is the increasing trend for Norwegian offshore projects to be built in Asian yards. Recently four large projects – Ivar Aasen, Martin Linge, Gina Krog and Aasta Hansteen – were awarded to Korean and Singapore shipyards. INTSOK plans to increase its capacity in this area by hiring a local advisor to work with the yards to increase the amount of topsides and equipment provided by Norwegian suppliers.

“There is a big difference from before when there were just big orders,” says Bratland. “Now there is a long list of small and medium-sized companies with lots of different equipment also interested in Asia.”

“We need to work more on lines of technology, rather than just geography.”

Another focus under his tenure will be the recent addition of Angola as a new priority market.  INTSOK currently prioritizes Australia, UK, Brazil, Russia, the US Gulf of Mexico, and China, while nine countries are earmarked as ‘other priority markets,’ and nine as ‘markets under observation.’

Part of the reason for Angola’s upgrade from its status as ‘other priority markets’ has been Statoil’s recent operatorship role, drilling contracts obtained by Odfjell and Seadrill, and the large number of Norwegian subsea contractors, such as Aker Solutions and FMC, which have established there, according to Wangen.

“It is not at the level of the US and Brazil, but we see interests and opportunities for medium-sized companies in Angola,” says Wangen, who has taken over as INTSOK regional director for Angola, Brazil, India and Africa. “Angola is at a stage where it is not maturing, but where more operational activities are on the ground.”

Wangen will also oversee opportunities in Tanzania, where Norwegian oil company Statoil in the role of operator has recently made huge gas discoveries in block 2 totalling 15-17 trillion cubic feet with the Tangawizi, Zafarani and Lavani discoveries. But Wangen believes the potentially larger reserve base offshore Mozambique — where Statoil also has exploration activities — could provide even more opportunities than Tanzania. Both countries are listed for the time being as markets under observation, based on INTSOK’s latest review last autumn 2012.