The North Way – Norvegr – was the name given to this mountainous country by the first seafarers to sail along its rugged shores. Nowhere else do people live so far to the north, and thanks to the warming Gulf Stream current, the climate along the coast is not particularly cold.

Located in Northern Europe on the western side of the Scandinavian peninsula, Norway borders to Sweden, Finland and Russia. As a long and narrow country, Norway exstends 1,752km from north to south, and varies in width between 6 km and 435 km.

The backbone of mountains extending down the country, and fjords penetrating the landmasses on the west and south, is two of Norway’s dominant features. With a coastal line of 25,148 km (83,381 km incl. islands), it plays a dominant role in a landscape that has made tourism an important industry.

Famous for its nature attractions like fjords, mountains and midnight sun, unspoiled nature has become a national symbol of Norway. Well-known fjords such as Geriangerfjorden and Nærøyfjorden are featured on the UNESCO World Heritage list.  Sognefjorden, 204 km, is Norway’s longest fjord. Jotunheimen is a popular area for hiking, and the home to Galdhøpiggen, Norway and Scandinavias highest mountain at 2 469 m above sea level. 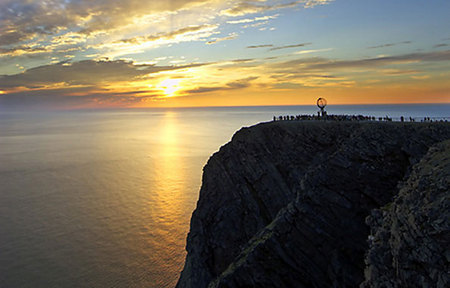 As Norway crosses the Article Circle, it allows for the phenomenon of the midnight sun. 1/3 of Norway lies north of the Arctic Circle, having continuous daylight as the sun does not set during the summer months. Another common natural phenomenon in Northern Norway is the Northern lights (Aurora Borealis). It is mostly observed above the Arctic Circle during the winter months. 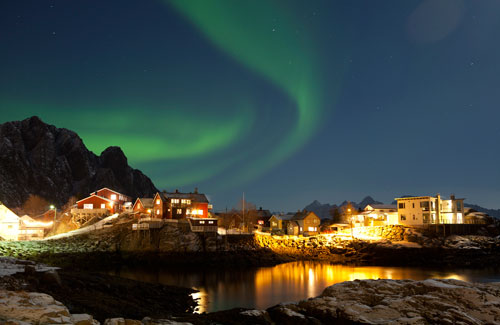 Like the neighbouring countries Finland and Sweden, Norway experience cold winters and pleasant summers. There is a span of 13 degrees of latitude from the southernmost point, Lindesnes, to the northernmost, North Cape. This equals the same latitude as from Lindesnes to the Mediterranean Sea. Because of the Gulf Stream, temperatures are more welcoming than comparable latitudes elsewhere. 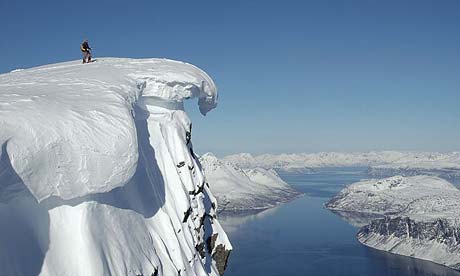