Norway has the second largest GDP per capita in the world and has fared better than most through the recent financial crisis. Norway owes its success to its massive petroleum wealth, combined with prudent fiscal management and strong policy response...

Norway has the second largest GDP per capita in the world and has fared better than most through the recent financial crisis. Norway owes its success to its massive petroleum wealth, combined with prudent fiscal management and strong policy response to curb the effects of the global financial crisis.

The Norwegian economy has a mixture of market and planned economy. As most Western European countries, large parts of the Norwegian industry are governed by private property rights and the private sector. However, state ownership and regulations towards the private sector indicates a clear component of state influence.

While many other countries had to struggle with large budget deficits, falling GDP and high unemployment, Norway has emerged early from a mild recession with relatively low unemployment. Organization for Economic Cooperation and Development estimated a Norwegian budget surplus equivalent to 10.5% of GDP in 2010. This gives Norway the widest budget surplus of any AAA rated country in the world. This success is due to its massive petroleum wealth, combined with prudent fiscal management and strong policy to curb the effects of the global financial crisis. 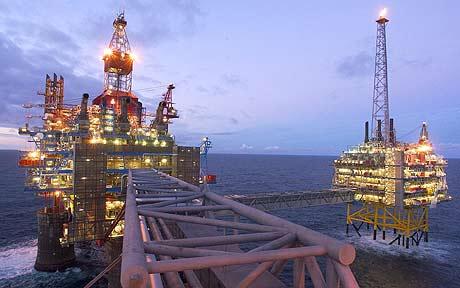 Norway’s economic policy is designed to stabilize and counteract unemployment and inflation, to stimulate growth and to influence the structure of industry and the distribution of income. The country manages its oil wealth by channelling the excess into the Norwegian Government Pension Fund, previously known as the Petroleum Fund. The fund’s total assets amount to NOK 139.1 billion (1st half 2011), and serves as both a nest egg for the country’s future pensioners and a way to avoid overheating the economy; only 4% of the fund’s annual return is used toward the country’s fiscal budget.

Foreign trade amounts to approximately 42% of Norway’s GDP. Being the world’s fifth largest oil exporter, more than 2 million barrels of oil is being pumped out of Norway’s deposits each day. Norway holds substantial market shares in certain sectors, being the third largest gas exporter, and ranked among the world’s top five exporters in the seafood, crude oil and shipping services sectors.

UN has judged Norway to have the highest quality of life in the world for six years running, a ranking based on income, life expectancy and educational levels. Compared to other countries, a high percentage of the adult population in Norway is employed. High employment has been a priority for the government, and the oil discovery in 1970s combined with an efficient labour market policy has given results. Norway has implemented wide-ranging employment measures such as wage support for companies hiring new employees, training initiatives and work place programmes. Individuals with limited vocational choices have also been given special measures.