Norway has a long history in international trade. The Vikings were experts on sailing and navigation, and were probably the most successful traders of their time. The network of routes explored and set up by the Vikings extended over larger...

Norway has a long history in international trade. The Vikings were experts on sailing and navigation, and were probably the most successful traders of their time. The network of routes explored and set up by the Vikings extended over larger areas in Western and Eastern Europe, the Mediterranean, and the North Atlantic. 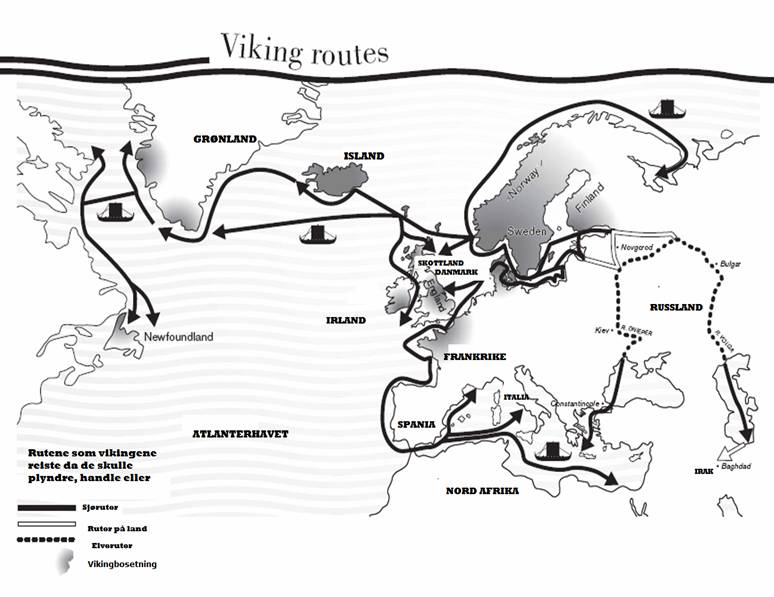 Through trading connections made by the Vikings, Christianity was introduced into Norway. With the emergence and development of townships, the Crown and Church gathered the districts, improving the degree of public administration and authority. The power of the monarchy increased in the 1100s and 1200s, shifting the political centre from the southwest to the districts surrounding the Oslo fjords.

Norway was early a part of the international trading community, and Bergen has been an important trading town from the beginning of the 12th century. People came from around the world to trade goods, and in particular dried fish. Although Bergen was not a Hanseatic City, the merchants from Germany and The Hanseatic League was active in Bergen from 1350 to 1750. The League bought dried fish from the fishermen arriving from northern Norway, and traded it all across Europe. 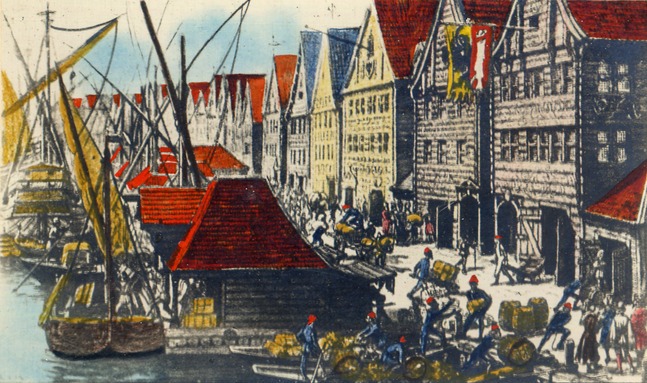 Modest state revenues in the Nordic regions contributed towards the growth of political unions. From 1319 to 1343, Norway and Sweden shared a joint monarchy, and the arrangement of royal intermarriage brought Norway and Denmark in a union, lasting until 1814. During the union, Norway was officially governed by the monarch in Copenhagen. 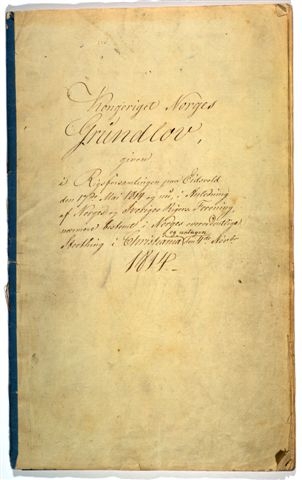 After 434 years of union between Norway and Denmark, Norway gained its status as an independent state. The Norwegian Constitution was formally adopted on 17 May 1814, which is celebrated as the Norwegian national day. However, complete independence did not commence until 1905. Economic growth through cheap hydropower and foreign capital investments followed, thus allowing Norway to play an active role in the work of promoting international arbitration agreements.

Norway remained neutral during World War I, and proclaimed its neutrality in the early days of World War II. However, Norwegian water was strategically too important to remain outside the war. The Norwegian general Carl Gustav Fleischer was the first land commander to win a major victory against the Germans in WWII, but with the later withdrawal of allied forces Norway surrendered and would remain occupied throughout the war. During the late 1940s, Norway accepted Marshall Plan aid from the United States, and joined NATO. Following the WWII, Norway kept a low profile internationally. Although, the first Secretary General of the United Nations was a Norwegian named Trygve Lie.

THE FIRST OIL AND GAS DISCOVERY 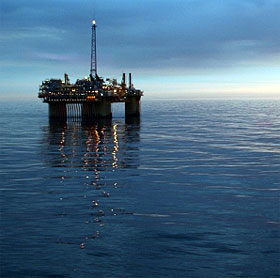 Following the world wars, the Norwegian economy experienced steady growth and rapid market development. The first discoveries of oil and gas deposits were at the end of the 1960s. This has had an enormous importance for the development of the Norwegian welfare system. There has been a continuous discovery of deposits in the Barents and in the Norwegian Sea, and 40 years of tremendous oil income has contributed to making Norway one of the world richest countries.

Norway’s prosperity and economic growth are dependent on good framework conditions for trade with other countries. With active participation in the development of international trade rules, Norway was one of the 23 states that established the General Agreement on Tariffs and Trade (GATT). Norway exported services worth almost NOK 176 billion in 2004, with strong interest in contributing to greater global prosperity.