Recently there has been some uncertainty about current EMC testing requirements for electrical/electronic products in South Africa. The products have been subject to testing/approval of both electrical safety and EMC.

Nemko reports that during the past months there has been discussions about respective scope of roles etc. between the various governmental bodies involved. These institutions are DTI (Department of Trade & Industry), NRCS (National Regulator for Compulsory Specifications), SABS (South African Bureau of Standards) and ICASA (Independent Communication Authority of South Africa).

Concerning EMC, it is understood that the following developments are now in process:

The lead time for obtaining LoAs is still experienced by exporters to be extremely long, but is according to NRCS being gradually improved.
In addition, some exporters of IT-equipment to South Africa have recently experienced that NRCS is now requiring testing to include the latest Amendment 2 to the standard IEC 60950-1, and which is highly unusual in other countries where Amendment 1 is still well accepted. 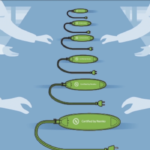