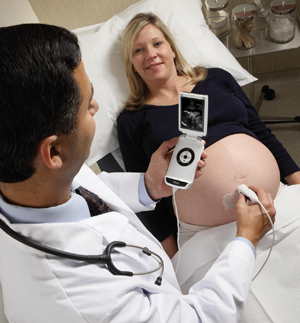 Norway ranks in the top ten worldwide in innovation, according to INSEAD’s 2009-2010 Global Innovation Index. Some of the country’s best ideas have even been sold through big international acquisitions, such as the USD3.4 billion sale of Norwegian video conferencing...

Norway ranks in the top ten worldwide in innovation, according to INSEAD’s 2009-2010 Global Innovation Index. Some of the country’s best ideas have even been sold through big international acquisitions, such as the USD3.4 billion sale of Norwegian video conferencing company Tandberg to Cisco. The country is working to develop more of this type of innovative competence here – and keep the value creation here – through its scores of research parks and incubator programmes spread across the country.

Oslo Innovation Center (Forskningsparken) is one of the oldest and largest of the nine research parks in the country. It is also one of 29 incubator parks supported by SIVA, the Industrial Development Corporation of Norway, which help commercially viable research results and project ideas develop into profitable enterprises.

There are currently 140 companies in the Oslo Innovation Center, representing mostly life science, ICT and environmental. These consist of small companies, research departments to international companies such as Texas Instruments, Aptina and GE Healthcare, and research institutes and universities.

The centre accounts for about 2,000 workplaces with a value of about NOK 1.9 billion. The greatest value creator so far has been Kelkoo, the European prime comparison service company, based in France, which merged with Norwegian company Zoomit. Kelkoo was later bought in 2004 by Yahoo for EUR475 million.

“We were one of the shareholders and made a fortune,” said Monika Svanberg, Oslo Innovation Center Incubator Leader. “We’re still living off (the profit from) Kelkoo.” Svanberg said the goal is not to sell companies abroad as soon as possible. Rather, Norwegian research parks and incubators are working towards developing ideas locally and generating as much as the value creation here as possible before selling them to an international company. That way, it can ensure that level of competence stays in the country.

“The aim of the game is the same (as in other countries)…keeping people here and building strategic competence for making more industries,” said Svanberg.

One good example is Vingmed Ultrasound. The company’s roots go back to work done at the University in Trondheim in the late seventies by Liv Hatle and Bjørn Angelsen, two pioneers in the use of Doppler and ultrasound for heart diagnostics. General Electric bought the company from Elbit in 1998 for USD230 million. Since then, revenues have grown eight fold. GE even nominated Kjell Kristoffersen, one of Vingmed’s early founders, as GE Technology Director for Ultrasound, based in Horten. Another Norwegian, Anders Wold, heads GE’s entire ultrasound division from there as well. GE’s satellite ultrasound R&D office is located at Oslo Innovation Center.

“GE has not moved people,” said Dagfinn Sætre, GE Vingmed Ultrasound Managing Director. “Quite the contrary, they have established themselves. They wanted access to people with competency in cardiac ultrasound.”

GE Vingmed made a groundbreaking development recently with the commercialization of a small pocket-sized ultrasound device called Vscan – similar in look to an Apple iPod – that can take images in minutes with excellent picture quality. It can be used to look for everything from heart leakages to foetal growth. The device made Time Magazine’s 50 Best Inventions in 2009 and was prominently featured in US commercials during the Vancouver 2010 Olympics. Doctors at Whistler Polyclinic used Vscan to treat athletes, trainers and visitors attending the games.

“It is not a replacement (for large ultrasound machines), but a complement,” said Sætre. “In the future, ultrasound will be a part of everyday life, as common as using a stethoscope.”

Bringing Ideas to Market
Oslo Innovation Center selects a handful of promising entrepreneurs every year for its sought-after incubator programme. Last year, only four out of the 300 applicants made the cut. There are currently 13 in the programme.

One of the lucky four, cosmetic technology company Elecape, is already on its way to commercialization with a product that initially was meant to help get the last drops of nail polish out of the bottle. It has developed a special lid concept for extracting expensive liquids that is ready to go to market as a prototype targeting the medical industry in Sweden and dental industry in Germany.

In addition to investor collaboration, there is cooperation amongst the various research parks. Oslo Innovation Center seeks assistance for petroleum ideas at Ipark in Stavanger and defence ideas at Campus Kjeller, said Svanberg. In return, Oslo gets general ones with international potential, mostly in the areas of life science and ICT.

Oslo Innovation Center has a special connection with life science through its collaboration with Bio-Medisinsk Innovasjon, a daughter company of Medinnova and Oslo Innovation Center. Medinnova is a competence environment for the administration of research collaboration, product development and the commercialization of ideas within biomedicine and healthcare. There is also a Bio Technology Center focusing on functional genomics.

Internationally, Oslo Innovation Center cooperates with Symbion in Denmark on the Accelerace program and with 14 different incubator centers in Denmark and Sweden through the EU-financed KASK incubator programme. Roughly the size of a smart phone, Vscan houses powerful, ultra-smart ultrasound technology that provides clinicians with an immediate, non-invasive method to help secure visual information about what is happening inside the body.
© GE Healthcare